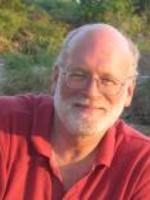 Rick Spalding has served since 2000 as Chaplain and Coordinator of Community Service at Williams College, a distinguished secular liberal arts college in the Berkshires of northwestern Massachusetts.  In addition to the traditional work of  pastoral care, counseling, liturgical ministry and ceremonial duties, the chaplaincy entails supporting many forms of spiritual interest and inquiry on the diverse Williams campus, and maintaining close relationships with students and groups representing most of the world's great religious traditions.  Rick is also much involved with student civic engagement and social justice, and leads a popular January term course to Nicaragua.   A member of Boston Presbytery, Rick was ordained to the Ministry of Word and Sacrament in the PC(USA) in 1981, and has served in parish ministry with congregations in Albany, NY; Buckhorn, KY; New York City; and Boston; in campus ministry at Harvard University; and as a teacher at Trinity School (NYC), Harvard Divinity School and Andover-Newton Theological School.  He is a 1976 graduate of Yale College, and holds graduate degrees from Yale Divinity School (M.Div. 1981), Union Theological Seminary NYC (S.T.M. 1986) and Hartford Seminary (D.Min. 2012).  Rick is a contributor to the Feasting on the Word and Feasting on the Gospels series, and has contributed an essay to a forthcoming anthology of reflections on contemporary college chaplaincy under the auspices of the Lilly Foundation.  He loves to cook, goes sea kayaking when he can, sings bass in just about any choir that will have him, and is currently being trained by a Chesapeake Bay retriever.