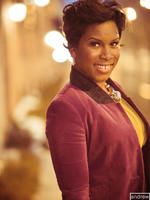 Dr. Jones is a graduate of The University of Chicago (Ph.D.), Yale Divinity School (M.Div.), Yale Institute of Sacred Music (ISM) and Oberlin Conservatory (B.M.). She has received academic acclaim and support for her research with fellowships from Andrew W. Mellon; the Center for the Study of Race, Politics, and Culture and the Center for the Study of Gender and Sexuality; Martin Marty Center; and the Franke Institute for the Humanities, among others. As a performer-scholar, Jones has done fieldwork and led workshops on religious music and masculinity throughout the world. In spring 2016, she received a College of Arts and Humanities Institute (CAHI) grant to expand upon research on music of the African diaspora to the Pacific islands, focusing on Pacific African Americans’ musical responses to the #BlackLivesMatter and #SayHerName movements in the United States. Her writings on African American religious music and gender in ethnomusicological research appear in edited volumes such as The Oxford Handbook on Voice Studies and There Is a Mystery: Esotericism, Gnosticism, and Mysticism in African American Religious Experience. She has been featured in Liner Notes magazine, The Afro-American newspaper, Black Enterprise.com, HuffingtonPost.com, TheChristianCentury.com, and ForHarriet.com. She is a contributing writer for HEED magazine.