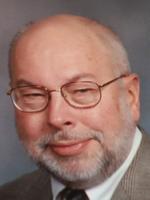 Greg Turner is a retired UCC parish minister living in Seattle just down the hill from two of his three granddaughters.  When he arrived at YDS in 1965, he was sure everyone was a fundamentalist.  They were all talking about religion, the Bible and such. When he left five years later, the protests surrounding the Bobby Seale Trial (May 1-3, 1970) were still flustering both town and gown… especially gown.  In between, he met and married Kathy (M.Div. ‘69), spent an intern year in Asia, and worked to blur the inner-city/suburban line through the New Haven Council of Churches. All of this took place as Bill Coffin addressed theological grounding, race relations and the Vietnam War from his pulpit at Battell.

Following ordination in Marquand Chapel, Greg began his pastorates in Brussels (where both sons were born) and ended them in Paris thirty-five years later. Along the way came congregations on both coasts and in the middle (in order: Colorado, Oregon, New Hampshire, Ohio and Wisconsin – making a total of seven, three of them as short end-of-career interims). He took his B.A. and M.A. from Kansas in political science and history, with a D.Min. decades later in polity and pastoral isolation at Andover Newton.

Finding Kathy waiting at YDS turned out to be the best of many lucky breaks, as her pastoral heart and deep connections in CPE enriched and expanded his own ministry. Greg was blessed by a host of parishioners devoted to building beloved communities, with special regard for the more vulnerable among them. Small stints at college and seminary teaching spiced the journey. Presently his volunteer work is focused on preventing homelessness and helping to coordinate administrative services in his local congregation.