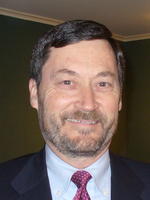 Dr. Wesley H. Poling earned his B.A. degree from Ohio Wesleyan University in 1968, an M.Div. degree from Yale Divinity School in 1971, and a Ph.D. in Higher Education Administration from the University of Connecticut in 1983. He began his higher education career at Yale in 1971 where he served as Director of Alumni Records and as Director of the Agents Program for the Yale Alumni Fund. He then went on to serve eight years as Vice President for Development and Alumni Relations at Goucher College in Baltimore, Maryland (1986-1994), followed by ten years as President of Kentucky Wesleyan College, Owensboro, Kentucky (1994-2004). Yale welcomed Dr. Poling back in 2004 as the Director of Graduate School Capital Giving. He has since retired, but still finds himself actively engaged with Yale University and the larger New Haven community, informally auditing classes, volunteering his time at New Haven Reads, and serving on the alumni board for the 2016-17 academic year. He is married to the former Carol Young and they have two adult sons and two granddaughters.