HomeCalendarMolly Zahn, "The Unfulfilled Past as Utopian Vision: Reading the Qumran Temple Scroll in its Second Temple"

Molly Zahn, “The Unfulfilled Past as Utopian Vision: Reading the Qumran Temple Scroll in its Second Temple” 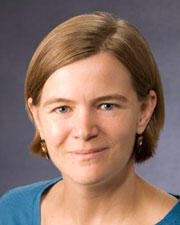 Molly Zahn, a University of Kansas scholar who has published widely on Jewish texts, will give a virtual lecture at Yale Divinity School on Tuesday, March 2.
–
Professor Zahn’s lecture will focus on “The Unfulfilled Past as Utopian Vision: Reading the Qumran Temple Scroll in its Second Temple.” The lecture will be presented on the Divinity School’s YouTube page at 5:30 p.m. on the 2nd at this url: https://youtu.be/qshEKmYreGM
Join us after the video for a live Q&A on Zoom with Dr. Zahn. Register here: https://yale.zoom.us/webinar/register/WN_jteC-jYhTm-1ErTQ1jnBzw
–
Molly M. Zahn is Associate Professor of Religious Studies at the University of Kansas. She has published widely on the intersections between composition, transmission, interpretation, and authority in early Jewish texts, especially the Dead Sea Scrolls. She is the author of Rethinking Rewritten Scripture (Brill, 2011) and Genres of Rewriting in Second Temple Judaism (Cambridge, 2020), and currently serves as executive editor of the international Qumran journal Dead Sea Discoveries.
–
Describing her YDS lecture, Zahn notes that the Temple Scroll, with its instructions for an enormous temple complex and accompanying laws for life in the land, has long been studied from the perspective of issues of scripture, canon, and authority. But much less attention has been paid to the question of the Temple Scroll’s function in the intellectual world of Second Temple Judaism. The divine voice of the Temple Scroll commands a utopia, an ideal Israelite polity organized around the temple, which from the perspective of its Second Temple authors should have come into being many centuries earlier. She asks, “How might imagining this divinely commanded yet absent, unfulfilled utopia have helped the authors and audiences of the Temple Scroll imagine a different future?”