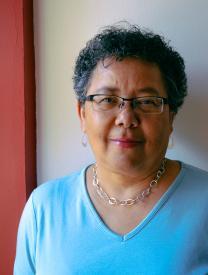 Barbara Savage ’95 Ph.D., a history and Africana Studies scholar from the University of Pennsylvania, will give the annual Parks-King Lecture at Yale Divinity School on Tuesday, February 2. Dr. Savage will speak on “Re-Envisioning Religion in 21st Century Black Politics.”
In her Parks-King Lecture at YDS, Savage will explore how the first two decades of this century have brought significant shifts in the relationship between Black religion and Black political life. Touchstones include the Obama elections and presidency and the Moral Mondays and Black Lives Matter movements. The pandemic, she says, remade “the Black Church” once again into an “invisible institution” where the work of Black women and Black religious networks persisted in the 2020 elections and the Georgia Senate race.