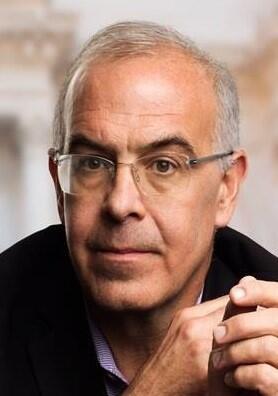 Best-selling author and New York Times columnist David Brooks will give Yale Divinity School’s Sorensen Lecture on “The Crisis in Moral Formation”, Tuesday, March 16. The lecture will premiere on the Divinity School’s YouTube channel at 5:30 p.m. on the 16th.
https://www.youtube.com/user/YaleDivinitySchool
–
David Brooks is the author of, among other books, The Social Animal: The Hidden Sources of Love, Character, and Achievement (2011), The Road to Character (2015), and The Second Mountain: The Quest for a Moral Life (2019). In addition to his work at the Times, Brooks has been a reporter and op-ed editor for the Wall Street Journal, a senior editor at the Weekly Standard, a contributing editor at Newsweek and The Atlantic, and a commentator on NPR and the PBS NewsHour.
–
Brooks was a Senior Fellow at Yale’s Jackson Institute from 2012 to 2018 and currently serves as chair of Weave: The Social Fabric Project at the Aspen Institute in Washington, D.C.
–
The Margaret Lindquist Sorensen Lectureship was established in 1978 by a gift from her son, Dr. Andrew A. Sorensen ’62 B.D., to provide an annual lecture on politics and ethics.