The art of Charlotte Lichtblau on display at YDS this fall

A selection of paintings and drawings by artist Charlotte Lichtblau will be on display from late August through November in Yale Divinity School’s Sarah Smith Gallery. 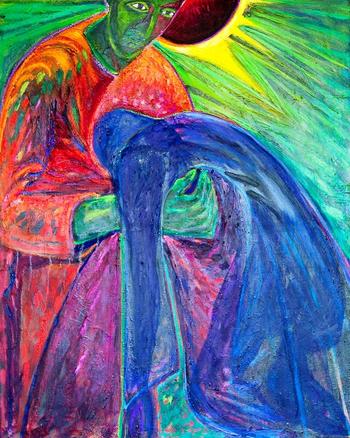 The exhibition, titled “Exile and Revelation: The Art of Charlotte Lichtblau,” is curated by Jack Thomas ‘80 B.A. and Bruce Payne ’65 M.A., friends of the late artist and managers of her artistic estate.

Born in Vienna in 1925, Charlotte Lichtblau came to the United States in 1940 with her parents and sister to escape the Nazis. She lived and worked in New York City until her death in 2012. After emigrating to America, she returned repeatedly to Austria, primarily to Vienna and to her childhood summer home in Altaussee, in Austria’s Salzkammergut region.

“Yale Divinity School is a superb place for discussion of issues that are fundamental to the artist’s works,” the curators said in a joint statement about the exhibit. “What solace can memory offer in a world of cruelty? How can hope or faith survive in the face of awesome loss? Is life so sweet and death so harsh that each day’s joy must bear some weight of grief? These durable questions had a special urgency during the catastrophes of the Holocaust and World War II, but they have not gone away.” 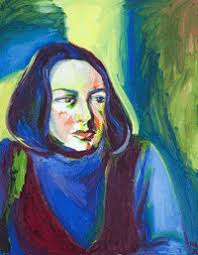 For Lichtblau, painting and drawing were a means of exploring, expressing, and communicating the passion of human existence. A significant portion of her work focused on biblical themes, most notably the Passion of Christ. While her paintings of religious subjects were boldly contemporary, they honor both the history of ecclesiastical imagery and the artistic traditions of German Expressionist painting.

For four years, Lichtblau provided illustrations for a weekly column in America magazine by Patrick Ryan, a Jesuit priest, now the McGinley Professor of Religion and Society at Fordham University. A selection of these illustrations is included in the exhibition, along with oil paintings and drawings on subjects from both the New Testament and Hebrew Bible. 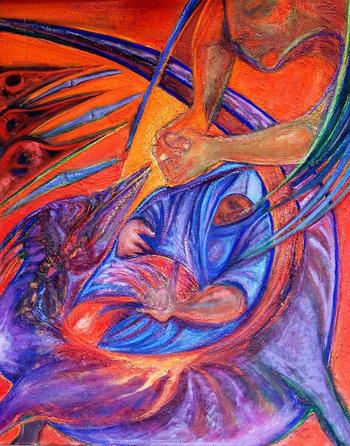 This exhibition at Yale Divinity School has special historical resonance, as Lichtblau was honored with an exhibition of her work 50 years ago in Yale’s Pierson College. John Hersey, the Pulitzer Prize-winning journalist and Head of College at Pierson from 1965 to 1970, personally invited Lichtblau to show more than 40 of her works at the College in the spring of 1969. Ten years ago, Lichtblau’s art was exhibited at the St. Thomas More Catholic Center at Yale in a show titled Incarnate: Images of Lent. In 1972 and again in 1975, Lichtblau and sculptor Sy Gresser had joint exhibitions at the Berkeley Center of Berkeley Divinity School, then newly affiliated with YDS.

This new show at the Divinity School celebrates Charlotte Lichtblau’s artistic and religious journeys: her origins in Vienna’s Jewish community; her escape from Austria after the Nazi takeover in 1938; her decision to join the Roman Catholic church; her work as an art critic; and her continuing involvement with Jewish and Catholic communities in New York and in Austria.

The exhibit will open in late August and run through November. An opening reception will be held at YDS on the evening of Thursday, September 5, from 5 p.m. to 7 p.m. The event is open to the public. 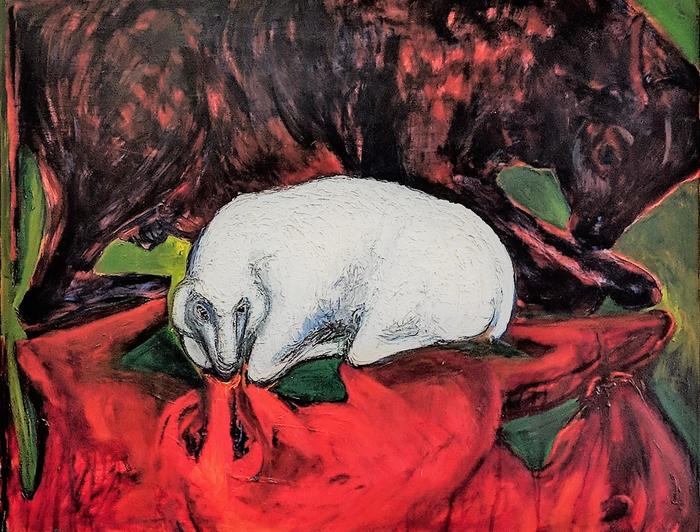