HomeNews & MediaNewsBryan Spinks: the modern jostle over the future of worship

Bryan Spinks: the modern jostle over the future of worship

From his vantage point, professor Bryan Spinks attends to the struggle, the battle, the modern jostle over the future of worship, and what it says about our image of God and about ourselves. 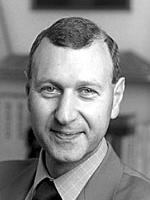 “Today the good news about worship is also problematic – everyone who worships has a view about how worship should be done. They want a say, and why shouldn’t they?” says Spinks, who is Bishop F. Percy Goddard Professor of Liturgical Studies and Pastoral Theology at the Yale Institute of Sacred Music and Yale Divinity School.

“But that can look like chaos to the minister. The problem is that most layfolk only have experiential knowledge and ideas of what they like and don’t like, and usually have very little knowledge of the wider tradition of worship and what worship is for. The worship wars continue.”

Experimentation and conflict over worship in today’s church – blended vs. Celtic vs. liquid vs. alt.mass vs. traditional vs. multisensory vs. U2charist vs. emerging vs. the next big thing – might look new. But actually they reframe tensions as old as the faith, Spinks says. Should worship be informal or ceremonial? Should it reflect an experience of God as transcendent and majestic or immanent and approachable?

An ordained Anglican priest who was born in England, Spinks says it’s important that church leaders keep perspective on the fluidity of liturgical history. No practices remain rigidly in place for long. Worship, he says, is always a work in progress.

“I think it helps church leaders if they know what their tradition is and how it has changed, including what went wrong in the past,” he says.

“It’s problematic if you try to change everything overnight. Churches are conservative places on the whole. Try new elements gradually – a mixed economy. Consider using both organ and band so each plays to its strengths, depending on the setting.”

Churchgoers today might be surprised to learn that their own denominational practices probably looked quite different generations ago, he says. Anglicans today would likely be offended by the worship found in their churches before 1850. At that time, he says, candles were lit only for the practical purpose of providing light during evening services. The liturgy was a dialogue between minister and lay leader only. Most parishes did not sing hymns. By the 1860s, change was jolting the church – the Tractarian Movement, the Anglo-Catholic revival and later liturgical reforms – and not everyone liked it.

Given the turbulence of history, Spinks says, it’s important to stay focused on a question: Who is worship for?

“God seems to be a God who is interested in community and wants to be worshiped in community. Worship helps us form God in God’s image and not our own – the collective corrective. Worship is a serious undertaking – not serious with a scowl but serious as in gravitas. Some groups give the impression that worship is a ritual enactment they need to do to express who they are. But another way to look at worship is to say: you are the church. But, of course, the church is the body, not the head. The head is God. Even if the ingredients change, there are still the foundations of scripture, praise, sacrament.”

Born in Braintree, Essex, United Kingdom, Spinks wanted to be a priest from age 15.

“My parents were not huge churchgoers but decided it would be good for me to go,” he recalls.

As a teenager he had a mentor Anglican priest with a gift for encouraging young people to come to church, taking them on field trips, showing them fun hobbies like model railroads, and, not least, exposing them to Anglo-Catholic worship. A young man’s sense of vocation was launched.

At YDS his courses include marriage liturgy, eucharistic prayer and theology, Christology, liturgy of the Eastern churches, English Reformation worship traditions, and contemporary worship. His research interests extend from the early church to the postmodern scene, with books including Early and Medieval Rituals and Theologies of Baptism: From the New Testament to the Council of Trent (Ashgate, 2006), Reformation and Modern Rituals and Theologies of Baptism: From Luther to Contemporary Practices (Ashgate, 2006), and Liturgy in the Age of Reason: Worship and Sacraments in England and Scotland, 1662–c. 1800 (Ashgate, 2008). With YDS professor Teresa Berger, he co-edited The Spirit in Worship: Worship in the Spirit (Liturgical Press, 2009). Forthcoming in October is Do This in Remembrance of Me: The Eucharist from the Early Church to the Present Day (SCM-Canterbury Press, 2013).

In The Worship Mall: Liturgical Initiatives and Responses in a Postmodern Global World (Church Publishing, 2011), Spinks surveys the teeming efforts of churches to make worship relevant in an era of consumerism, globalization and digital revolutions.

Spinks has seen a cultural-spiritual transformation take place in his own lifetime – declines in churchgoing, the rise of spiritual consumerism, the shift from traditional conventions of behavior to do-it-yourself informality.

Spinks finds the shopping mall metaphor a compelling way to understand today’s market-driven religious competition. Churches face the challenge of connecting with a world of people who’ve had no church upbringing and carry no loyalty to a particular tradition. They’re searching – shopping – for worship experiences that ring true to their own spiritual sojourn.

“Consumerism promises desire and satisfaction,” he writes. “Faith offers satisfaction through desire for the Other.”

Crafting meaningful worship depends on a conversation between past and present, he suggests.

“We can’t go back to medieval times – we are a post-Reformation church. But that doesn’t mean we have to reinvent the wheel.”

The ancient practice of gospel processionals, for instance, is popular again. It’s a fresh way of engaging laypeople and bodily experience at church – a meeting of the immanence and the transcendence of God.

“Going to the streets is becoming popular, showing the ecclesial body to the body politic, signaling that the word of God is present here.”

It’s a point he makes to his students: stay attentive to the great desire for God, see the continuum of history, and never stop learning.

“I want students to grasp that you never reach a point where you can’t learn more about worship. You consistently need to think about what you do and why.”

As he writes at the conclusion of The Worship Mall: “Liturgy should entice and enchant us not only to desire, but also fall in love with God, the Trinity, and thereby love our neighbours.”