Second Lieutenant Anya M. J. Powers ’20 M.Div. can attest that the path to chaplaincy is not simple. She describes her circuitous route through two branches of the military and in the classroom at YDS as “an intellectual and spiritual challenge.” Nonetheless, she encourages others to pursue chaplaincy as a rewarding and impactful way to “love God’s people.” In fact, she advises those interested to start working toward military chaplaincy even before they determine if it is a definite fit in hopes they can simultaneously take the steps required for ordination and the chaplaincy process of the desired military branch. 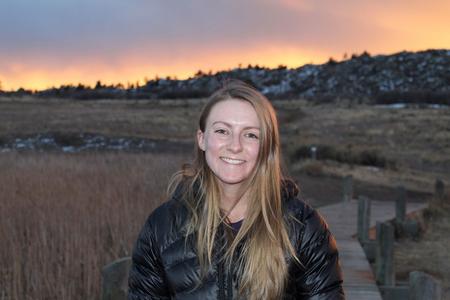 Powers trained for the Marines when she was a student at Colorado College, but the Air Force is where she is currently pursuing chaplaincy as she completes her YDS education. She shared her experiences last summer before a five-week active-duty training assignment at Ramstein Air Base in Germany.

I always thought I would be a minister, but I imagined doing it when I was older and wiser and had done more things with my life and could empathize with more people.

While I was going through Marine Corps Officer Training, I found some of my beliefs and convictions being challenged even though I cared deeply for those who supported the mission. As a result, I started to question if being a line officer was the best fit for my skills and passions, or if there was another way I could serve my country in uniform that better reflected the way I felt called to love God’s people. Seeing the profoundly positive impact of the chaplains on the resiliency of those around me led me to considering the chaplaincy as a path forward in service.

How does YDS help shape your calling?

It’s given me a better appreciation for what it means to be called to something. A call doesn’t mean there’s only one thing in your life you will ever do. You can be called to a people or a community or a place as much as you would be called to a career or a job, or even a school. It’s not confined to a one-line track of a career choice. It’s a lot bigger than that.

My YDS education has helped me better articulate my understanding of the things I see while serving as a military chaplain. In school, we talk about the grand theoretical meaning of suffering or ethics or sin, and so on. Then during my summer, I spend time with people who are living out these realities, or not. Trying to apply what I have learned in a very philosophical context to helping people get through their day grounds my calling. It helps integrate the spiritual with the intellectual with the practical and with the communal.

Every divinity school is entirely unique with so much to offer aspiring chaplains; for me that place happened to be YDS.

What do you say to pacifists or those who are anti-military?

Each chaplain has their own perspective on that. I wouldn’t necessarily say I am pro-war, but I am for those who need care, including those who go to war. Chaplains are not allowed to touch or use weapons in any capacity. Realistically, our job is to support people who are in a profession of arms. I think people come to terms with that in different ways, whether they find understanding in various theories for the occasion of war put forth by theologians, or whether they can agree that soldiers are God’s children and everyone needs love and care, especially when they are asked to do really difficult things for their country. We all took an oath and must respect that regardless of what we are asked to do. First and foremost, chaplains are there to care for people no matter their jobs.

What is it like to be a scholarship student managing military demands and the cost for your education?

I have a scholarship from YDS. It hasn’t covered everything, but it has certainly helped a lot. The Air Force does not pay for school in any way. My [Air Force summer] pay will be great, but I can’t get another job during the summer so it does limit the amount of income I am able to accrue between school years to help pay for school.

What are your plans for the near future?

After being ordained in the United Church of Christ, I’m hoping to be reappointed as a chaplain. After two mandatory years in the Reserves, I will then apply for active duty.

Note: Two scholarships at YDS specifically support those who wish to pursue ministry and military. The newly established James Averill Class of 1840 Endowed Divinity Scholarship Fund honors James Averill ‘40 who served during the Civil War as a Union Army chaplain to the 23rd Connecticut Infantry. The Clark Vandersall Poling Scholarship was established in 1945 in honor of Lt. Clark Poling ’36, one of the well-known “Four Chaplains” of World War II.  Visit divinity.yale.edu for more information on chaplaincies at YDS. 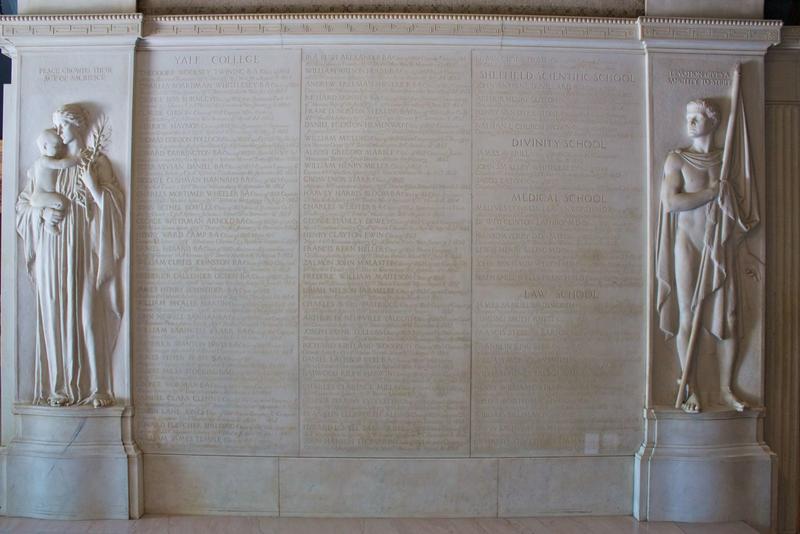