Willie James Jennings’s theological education began in the living room of his childhood home, where he learned the art of Christian discipline from his mother and an eclectic hospitality for multi-religious and ecumenical ideas from his father. He later attended seminary knowing that he wanted to be a professor and fell in love with theology because, as he says, it allowed his mind to work through different disciplines. As much as he loved theology and learning, however, one question consistently troubled him: how to put together the ideas of Christian identity, Christian existence, and race. “I couldn’t understand how folks could be so serious about Christianity and so racist at the same time,” he says. That question has informed his work as an academic dean, interim pastor, and professor as well as his scholarship. Now Associate Professor of Systematic Theology and Africana Studies at Yale Divinity School, Dr. Jennings is the author of several books, including The Christian Imagination: Theology and the Origins of Race (Yale 2010) most recently, After Whiteness: An Education in Belonging (Eerdmans 2020). 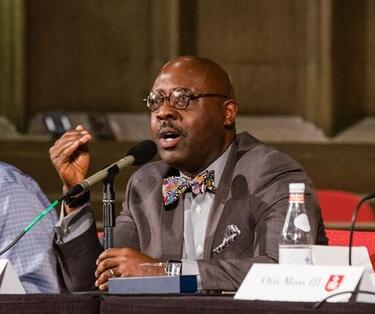 Fall Semester 2020 is the first time since his move to YDS that Jennings is teaching his course Christian Identity and Racial Formation. In the midst of the worldwide COVID-19 pandemic, Dr. Jennings jumped on a Zoom call with me to talk about the future of theological education, the vital relationship between thinking and feeling in theological work, and rediscovering ways of seeing ourselves and our connections to others and to God through story.

The interview below is drawn from our conversation and edited for length and clarity.

Leah Silvieus: In your writing and teaching, you suggest that the main issue troubling theological education is the idealization of self-sufficient white masculinity and how its virtues of possession, control, and mastery are intricately woven in the practices and values of institutions. This leads to consequences that include isolation, competition and what you call “morbid introspection.” Could you tell me how these values came to be so interwoven in our educational paradigms and why they can be so damaging?

Willie Jennings: They wound up there primarily because of the way the rest of the world opened up for the European. They traveled to places where they came into unprecedented power. They immediately recognized their power, and they also believed that they were there because God led them there. Two things shaped their reality because of that: one, they believed that God had sent them there to bring the entire planet to maturity; and, two, that God had given it all to them to cultivate. But it’s a work of cultivation that’s imagined inside of horror. Possession, mastery, and control became virtues that were to be embodied – in men, primarily. The embodiment of those three virtues would constitute one crucial, overarching reality: self-sufficiency: the grandeur of man is that man is self-sufficient in relationship to the world, but dependent in relationship to God. But that dependency is best expressed by self-sufficiency. You do not apologize for the power that you have. That got placed in the very heart of the educational vision of the West, and we have suffered mightily ever since.

‘Willie Jennings’s plea to create a new kind of theologian’: Read this review of After Whiteness in the Christian Century

LS: You have taught Christian Identity and the Formation of the Racial World elsewhere, but this is the first semester you’re teaching it at YDS. You have said that when you first began teaching it, people were resistant to the class. Now, the phone’s ringing off the hook with people wanting to talk about these issues. Can you tell me what it is about this current moment that makes people more receptive? Are there new possibilities opening up for these conversations? Has anything changed about the way you teach this class between its first incarnation and now? 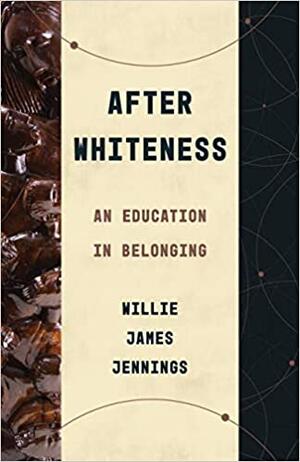 WJ: I used to have to work very hard to convince people that the racial condition and white supremacy were real things. I spent a good chunk of the semester just trying to convince people. That’s gone. So I don’t have to do any of that kind of basic apologetic work to say what we’re looking at is a real problem–not just for a few people, but that it’s the shape of the Western world. It’s been a blessing to be able to hit the ground running with people.

I think [this change] is because of two things. The first is that we have a new generation or two of young folks of color who have not been schooled in or inculcated in the patience or toleration of their elders. They have a lot less patience with the racial structures that are around us. The other [factor] is that the pandemic has created the conditions for the possibility of more empathy. I think there are a lot of people who are starting to sense what many people of color, especially Black folks, have been living with for a long time: they’re starting to sense what it feels like to be in a country where really your very life is not the priority of a government or of an economy. I think they’re realizing that it’s always been the case that African Americans are, and have been, the miner’s canary. Environmental racism, the toxins in the environment, the effects of COVID—it all hits us first. That recognition that there is a shared reality of life is starting to hit some people.

LS: After Whiteness comes at a time in which seminary enrollment and church membership has been declining among the mainline Christian denominations. I’m wondering how these trends in the American religious landscape connect to the urgency of creating a new paradigm for theological education, where whiteness doesn’t dominate.

WJ: At this moment what it means to be involved with the church is becoming a very serious choice. So much of American Christianity has depended on the rhythm and rote of culture. They could always count on people going to church. And then church would look to seminaries for their leadership. But these days, church involvement is far more choice than it has ever been. What that means is that the cultural capital that used to come along with being a minister isn’t there as much. There are so many young people who don’t see models of people who they want to emulate. I think what this means is that a certain image of church, a certain image of the minister, a certain image of Christianity is what’s dying. I think what we’re about to find is a complete redefinition of all those, which will mean that there will be a moment we’ll realize that we really didn’t lose a lot of people from the church but, rather, we lost a lot of people from the church as it has been. We didn’t lose a lot of people who no longer have faith. It’s just what they mean by faith is something different.

LS: During the first meeting of Christian Identity and the Formation of the Racial World, you asked us to be willing not only to think through the questions the course poses but also to feel through them. Why is this thinking and feeling kind of framing necessary for talking about these issues within a theological educational context? 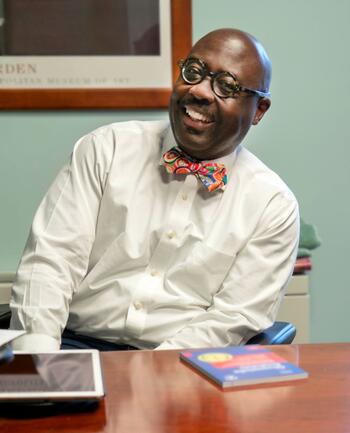 WJ: The reason we have to hold thinking and feeling together is that it’s the only way we will get our hands around the racial condition, because the racial condition just isn’t about a set of ideas and concepts that have been passed down through centuries. It’s also about the entire way we have learned to see ourselves. You access that not just by how you think, but how you feel. It’s also important because anytime people want to talk about race and they are not aware of how they’re feeling, they will always short circuit their thinking because they’re not touching the anxiety or fear or anger or frustration that’s flowing like a thick river through them.

LS: I’ve observed that much of your writing and teaching centers storytelling. What is story’s role in theological education and why is it important to incorporate that kind of thinking?

WJ: Christianity does not exist outside of story. It is story all the way down, as I like to say. And so in order for us to do our work as people of faith trying to think through our faith, we have to think with story. The faith that comes to us through Israel is a story. It’s the story of a people that God has created and called to God’s self.  Story is, in many ways, not the only, but the most appropriate modality within which to think about theology and think about life with God and life with one another. There are other ways of thinking that build from it, more analytical or propositional ways of thinking, but story is at the heart of it. Story speaks to the nature of the human creature. We live and die in story.

LS: I’m wondering what tools other kinds of educational institutions might take from reforms in theological education, especially in this time of heightened uncertainty in which institutions are forced to adapt dramatically and quickly due to the pandemic.

WJ: In After Whiteness, I tried to touch on the three different areas that constitute Western education ecology: the lives of students, the lives of faculty, and the lives of administrators. The idea of educating toward belonging – while I think it speaks so powerfully of Christian logic – is a logic applicable to anybody to build an educational program that seeks at its heart to cultivate belonging. There’s also an important discussion in the book about how the institutional whiteness is a reality throughout Western education. The institutional whiteness we have to overcome is because of what I call the racial paterfamilias— the idea that a school is run best if it mimics a plantation. That mimicking of a plantation is prevalent everywhere. What I mean by that is there is a master who is the decisive leader, who makes all the tough choices that are necessary to sustain the institution. Finally, the other thing is, as you mentioned, the horrible, morbid introspection, that many scholars of color—and you can also add many women—have to deal with inside of this trajectory toward being formed to be a white self-sufficient man, a kind of tormenting self-evaluation that comes up on us as we are in the academy. That’s a problem across the board.

LS: In addition to that morbid introspection, as a person of color, or as a woman, one is also often told that your suffering is good and that’s part of the process of becoming a scholar. And the more you suffer, the more legitimate you are, and the more worthy your ideas are.

WJ: There is a tormenting that is a part of the formation of a scholarly mind. So many people have shed tears in their closet, shed tears in their bedroom. They have been told: “This is a part of what it means to become a scholar. This is what it means to be a rigorous thinker, what it means to become mature intellectually.” And no one has ever really said, “No, this is not what it is; this is something else. You’re trying to make me him [the white, self-sufficient man]. And to the extent that I’m willing to yield to him is the extent to which I feel this horror in my soul. I’ve just got to learn how to accept it.” But my plea is let’s cast him out, not only out of ourselves, but let’s cast him out of the academy.

Leah Silvieus is a poet and writer working at the intersection of religion and literature. Most recently, she is the co-editor with Lee Herrick of the anthology The World I Leave You: Asian American Poets on Faith and Spirit (Orison Books).