HomeNews & MediaNewsDavid Clegg and the path to restorative justice leadership

David Clegg and the path to restorative justice leadership

When David Clegg ’11 M.Div. was sworn in as the new district attorney of Ulster County, N.Y., he was given a standing ovation. Having run on a platform of criminal reform and restorative justice, Clegg became the first Democrat to hold the position since 1850. Held on an icy day in mid-January, the ceremony at the local courthouse overflowed with hopeful supporters.

“This election was a change in many ways,” Clegg said from behind his large desk, reflecting on that memorable day. “I was a progressive candidate, and instead of the usual ‘law and order’ platform, I was talking about mass incarceration, systemic racism, and things that make people uncomfortable.” 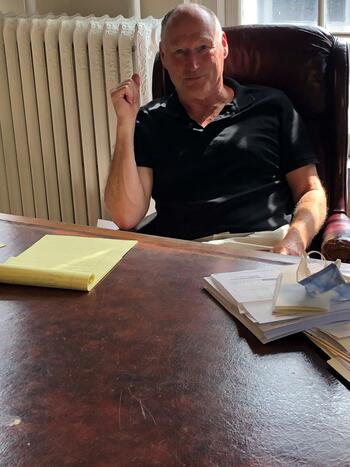 The election was a nail-biter: Clegg was a few points behind until the absentee ballots were counted, and then he pulled ahead by a mere 78 votes. It was a historic victory, and for his passionate commitment to justice reform, his constituents and other beneficiaries can, in part, thank Yale Divinity School.

“YDS is an important part of the path that has led me here, without question,” Clegg said. “In fact, I had never heard the words ‘restorative justice’ before I took a great ethics class at the Divinity School. It changed the trajectory of my life.”

The course was taught by Gene Outka, who was then the Dwight Professor of Philosophy and Christian Ethics (and is now retired). Clegg learned how restorative justice focuses on reform and rehabilitation instead of punishment and incarceration. He wrote a research paper on it and never looked back.

“Restorative justice focuses on repairing the harm that has been done,” he said. “It starts with the people who committed harmful acts recognizing that what they did hurt somebody. It also ensures that victims participate in what justice should be. In our current system, victims are on the sidelines.”

When he started YDS at age 55, Clegg did not set out to learn about restorative justice and become district attorney. Instead, he intended to become a deacon for his church, the United Methodist Church in Kingston, N.Y., about an hour outside of New York City.

“Along with being a lawyer, I was very involved with my church,” he said. “I did not grow up as a Methodist, but I found this church years ago when they were talking about starting a soup kitchen. It fit with my concept of the gospel: working with the poor and oppressed. We were the first church in our area to create a homeless shelter.”

One day, the minister told Clegg about a position as deacon, and something clicked.

“He told me how a deacon acts as a connector between the church and the community, and that sounded pretty close to what I should be doing, so I started the process at Yale Divinity.”

A history of service

Growing up on Staten Island in the 1960s, Clegg was shaped by the challenges of his generation.

“My father only had an eighth-grade education and came up through the Depression, so he worked endlessly in low-level jobs,” he said. “My mother had a big heart and always cared for the underprivileged. I think I got that from her.”

With his father working so hard and usually away from the family, Clegg became close to his Lutheran minister, who served as a mentor. His minister helped Clegg process his own trauma when he became a victim of violent crime at only fifteen years old. On his way home from school one afternoon, three kids came up behind him and stabbed him in the back before demanding money.

“I recovered quickly, but it was very informative for me,” said Clegg. “These kids were my age, and they were ready to kill me for the few dollars I had in my pocket. That made me think that wherever these kids came from, it was a very bad place. They were dehumanized somehow, so they were able to dehumanize me.”

Instead of becoming vengeful and angry, Clegg sought to reach out and help.

“I just thought we need to make the world a better place,” he said. “If these kids had been given a chance, they couldn’t have done this to me.” 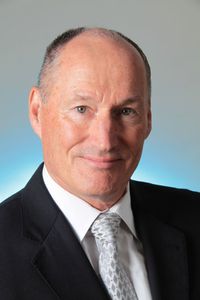 After this incident, Clegg planned to become a minister. Those plans changed, however, when he became increasingly involved in civil rights and the peace movement.

“Because of my church’s reticence to be part of that movement, I moved away from it,” Clegg said. “Then a college professor encouraged me to write a paper on radical lawyers. I became enthralled with challenging the system.”

After attending law school at the State University of New York in Buffalo, Clegg applied for the Peace Corps but was guided toward Volunteers in Service to America (VISTA), a program started by President John F. Kennedy.

“VISTA is an in-country component to the Peace Corps,” explained Clegg. “I received $341 a month as a newly admitted attorney. I chose to work a project in Nebraska with off-reservation Native Americans of the Lakota Sioux tribe.”

The work would prove to be life changing for the young lawyer, providing him with the freedom to argue all kinds of cases, including criminal, civil, and juvenile cases.

“I had kind of a rosy picture going in, thinking that Native Americans were a respected part of the community,” Clegg said. “I learned quickly that was not the case.”

In fact, the first thing his Nebraskan landlord said to him when he arrived was that Indians were the dregs of society. With that kind of mindset prevalent in the community, Clegg found himself arguing several diverse cases. The experience instilled in him a deeper understanding of the change that can be made through the legal system.

As an example, Clegg tells the story of police brutality against a pregnant woman named Jo Ann Yellow Bird. The officers were beating her husband, so she yelled at them to stop. Instead, one of the officers kicked her in the belly and then arrested her.

“When transporting her to jail, the deputy was weaving on the road,” said Clegg. “He was deciding whether to take her to jail or to take her out to the woods and shoot her. He actually admitted to that in court and did not seem to have any shame about it.”

The deputy ended up taking Yellow Bird to jail, where she bled all night. Finally, they transported her to the hospital, but the hospital doctor refused to treat her. By that point, Yellow Bird had lost the baby. She brought a civil rights action against the city and won the largest civil rights verdict in the history of Nebraska. “I was one of three trial attorneys who represented her,” Clegg recalled.

After four years of work in Nebraska, Clegg and his wife—who he had met and fallen in love with during high school—moved back to New York, settling in the picturesque Hudson Valley to live and raise a family. Although he was no longer in Nebraska, Clegg’s commitment to helping those in need never waned, and he worked as a public defender for years.

Bob Vosper was a local judge for 25 years and first met Clegg about 10 years ago.  “I had a felony arson case before the court,” Vosper recalled. “It was scheduled for a preliminary hearing, and Dave was the public defender for the accused. When Dave arrived, I told him that I thought his client has serious mental problems. Now, most attorneys representing defendants would waive the preliminary hearing, but Dave didn’t waive it because he felt his client was too ill to know what was going on. I found him to be a very honorable man due to the fact that he truly conveyed what his client needed, even though it meant more work for him.”

Prior to becoming a town justice, Vosper had been a counselor for incarcerated persons. Vosper had been promoting restorative justice with the D.A.’s office for decades, but no one was interested. Until Clegg, that is.

“Dave was the first candidate to speak about criminal justice reform,” Vosper said. “He will look at the whole person’s life and not just the act. I always say that when you look up the definition of a ‘Boy Scout’ in the dictionary, there is Dave’s picture.”

After researching restorative justice at YDS, Clegg continued learning about the topic, attending conferences and meeting with people involved in the issue. He sought to bring its core ideas to the local community, starting with the schools. 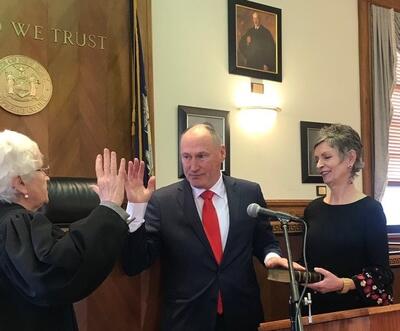 “During the 1980s, our society began taking the zero-tolerance approach in schools,” Clegg said. “It was all about punishment. You suspend a kid for a week, especially a vulnerable kid, and it’s a big deal. You suspend him for a month and you’ve lost the kid completely.”

The local Kingston school board was quite receptive when Clegg approached them about restorative justice, and he helped them draft a new disciplinary code. Instead of suspending children, they created restorative circles, community circles, and peer mediation. Teachers are also trained in mediation.

“Restorative justice is a process; it takes time,” said LeShawn Parker, Coordinator of Prevention and Safety for the Kingston School District, which has over 6,400 students. “But when you put yourself in a circle with students, it drops the walls. You feel more unified. You also include the parents, the teachers, administrators, anyone who was affected by a given situation.”

Parker has been very happy with the results of the program and is grateful to Clegg for being so hands-on.

“Dave is always so cool about coming in and doing a training,” he said. “He talks about practicing empathy and awareness. It’s definitely improving student behavior and graduation rates, and it also provides teachers with better management skills.”

“I feel like this is the right time for me to be in this job,” he said. “I don’t need power or authority, but I’ve put myself here to take advantage of that when we’re thinking about reimagining justice and community policing and alternatives to incarceration.”

When asked how his faith informs his work as D.A., Clegg paused thoughtfully before answering:

“Scripture talks about the prisoners, the oppressed, the widows, and the orphans. But we have forever treated them in a punitive way, and our country has bought into it at every level of our system, with race at the heart of it. Overall, the kingdom of God is still a work in progress. We may not get to the Promised Land in our lifetime, but together we’ll get a little closer.”