Nearly 150 Jonathan Edwards scholars from around the globe converged at YDS Oct. 2-4 for an international conference on Edwards, examining the growing influence of the great eighteenth-century theologian and member of the Yale Class of 1720. 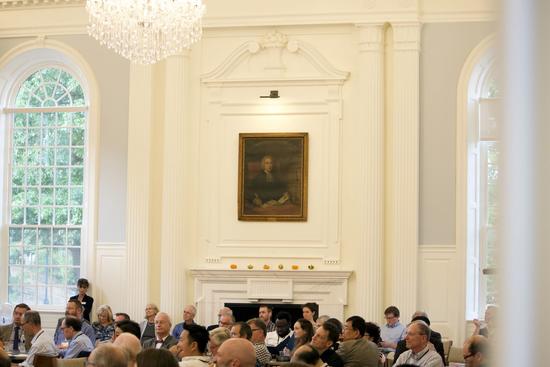 The conference was supported by a $75,000 grant from the McDonald Agape Foundation.

“Yale is the go-to place for any serious student of Edwards,” said Ken Minkema, conference organizer and Director of the YDS-based Jonathan Edwards Center. In an interview with the Yale Daily News, Minkema said: “This convergence of resources and the ever-expanding interest in Edwards led, through the generosity of the McDonald Agape Foundation, to our convening this major international conference on Edwards, his historical legacies, and his relevance for today.”

RELATED CONTENT: Listen to the YDS ‘Quadcast’ interview with Ken Minkema about the enduring influence of Jonathan Edwards

Dozens of students and other members of the YDS community packed into the Divinity School’s Old Refectory alongside conference registrants for the two keynote lectures, both delivered by towering figures in the history of American religion. George M. Marsden, University of Notre Dame Professor Emeritus of History, gave the opening address. His Notre Dame colleague Mark Noll delivered the closing plenary lecture. Watch the videos on the YDS YouTube channel. 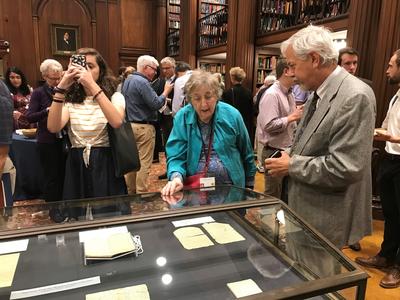 Another conference highlight was an evening reception to celebrate Adele Shepard ’62 B.F.A. Shepard is a descendant of Edwards (as well as the Dwight family of Yale fame) who recently donated a valuable trove of letters, papers, and other historical materials to Yale. Some especially valuable parts of the collection were on temporary display at the reception in the Day Missions Library, including a letter by George Washington to Timothy Dwight (who would go on to become Yale President), as well as letters by John Adams and other early American figures.

Fitting for a year in which Yale and YDS are celebrating the anniversaries of women at Yale, the reception also featured writings by several women writers (who pursued their craft in a time of few literary opportunities for women). Reception attendees viewed private writings by Mary Edwards and Hannah Edwards Wetmore (two of Jonathan Edwards’ ten sisters) and a letter of Catherine Maria Sedgwick, a famous nineteenth-century American fiction writer. 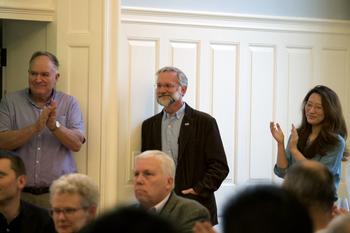 All 11 of the world’s Jonathan Edwards centers had representatives at the three-day event. The conferees traveled to New Haven from Australia, Belgium, Brazil, Germany, Hungary, Japan, Netherlands, Poland, South Africa, and the United Kingdom, in addition to multiple locations in the United States.

View a gallery of photos from the conference.

One of those in attendance was Rhys Bezzant, Director of the Jonathan Edwards Center of Australia at Ridley College. Bezzant told the Yale Daily News that his center is striving to promote the study of evangelical history through Edwards’ texts.

“Although Edwards is not as well known in Australia as in the U.S., I hope to be setting the ledger straight!” Bezzant said. “For me, the network of Edwards Centers worldwide is a great support and encouragement in my research.” 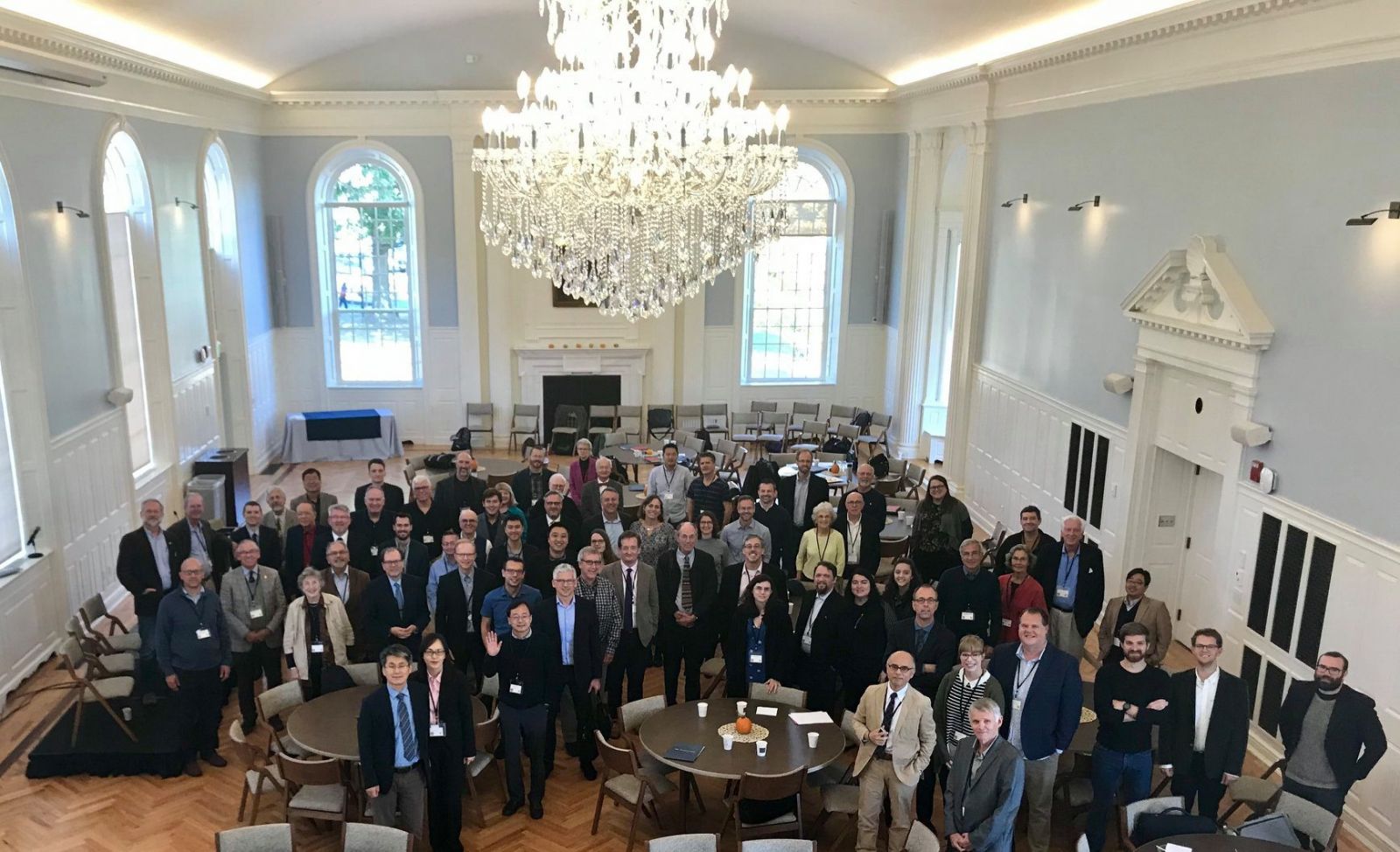