This winter, mother and son Jean Wood ’64 M.A.R. and Chris Wood ’90 B.A. pledged $250,000 to support 10 new annual social justice scholarships at Yale Divinity School. The gift, they say, is the fruit of “many branches” of a family tree dedicated to Christian education and social justice. Their pledge will help cover tuition and living expenses for students who receive the scholarships. 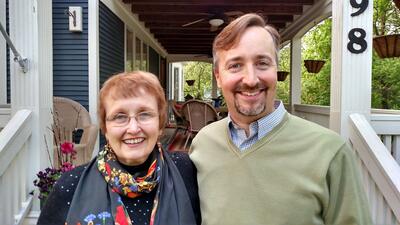 The Woods’ inspiration for contributing to these scholarships is just the most recent chapter of a story that began even before Jean was born—when her parents, Tom and Doris, met in a small town in central New York. As a family, Jean says, their lives revolved around the little church they attended. Although neither of her parents attended college, they dedicated their lives to Christian education. Doris taught church school and Tom taught adult education class every Sunday morning in the church kitchen. At night, Jean recalls, she’d see her father in his chair, reading the Bible. Although at one point the family lived on the second story of a rented farmhouse without indoor plumbing, Jean never felt that they were poor; her parents’ love made her feel as if she always had more than enough.

When Jean attended Syracuse University, she met a United Church of Christ chaplain and YDS alum who encouraged her to apply to the Divinity School. She also met her future husband, Barry, whom she credits with enhancing her academic performance and helping her gain admission to YDS.

“All we did was study,” she recalls, laughing.

While Jean was at YDS, Barry (now deceased) was at the University at Buffalo Dental School. It was difficult to be apart during their engagement, Jean recalls, but she loved her time studying Christian education at YDS with professors such as Paul Vieth and Randolph Crump Miller. Miller’s daughter, Barbara ’64 M.A.R., became one of her close friends.

After graduating from YDS, Jean embarked on a storied career at the nexus of Christian service, social justice, and education, all while raising her twin sons, Chris and Brian.

Among the many highlights of her career was the founding of the Coalition of Court Observers after the 1971 Attica Uprising. Co-founded with five other women from Church Women United, the organization pushed for fair treatment of Black defendants.

Jean also ran for the Williamsville Central School Board to press for a new superintendent after the board fired a previous superintendent who supported school integration. Her time there led her to join the Erie County School Board and the Legislative Network of the New York State Association of School Boards. At a meeting of that network, she answered a plea in a speech from state Assemblyman Jose Serrano, Chair of the Education Committee, for a statewide student exchange between upstate suburban students and those in his South Bronx district. It was, she recalls, life changing for all involved.

Jean has also led volunteer youth tutoring programs and nature camps for Buffalo-area youth and served with Habitat for Humanity in Buffalo as a founding board member and chair of the Family Selection Committee. 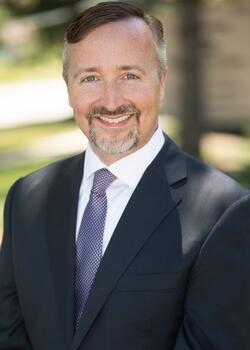 Growing up amid all of this, Chris says, he believed that his family was typical. He recalls being surprised that his friends’ mothers didn’t do what Jean did.

“I grew up thinking it was normal to have a mom who did all this stuff,” Chris says. “I now have a greater appreciation for the kind of effort, ambition, vision, and motivation that involves.”

After graduating from Yale in 1990, Chris followed in his father’s footsteps and attended State University of New York at Buffalo, where he pursued ophthalmology. He has also followed his father’s lead in volunteering his expertise overseas. Whereas Barry made three trips to Haiti to perform dental work, and Chris has brought his medical expertise to Africa and South America.

Chris spent two weeks in Nigeria with the founder of the U.S.-based Foreign Ophthalmological Care, Jay McDonald. They conducted many cataract, glaucoma, retina, pediatric, and evisceration/enucleation procedures, sometimes by flashlight when the electricity failed.

With Rotary International, Chris traveled to Guatemala, where, along with construction work, he worked at a Mayan school where he fit children for glasses and treated basic eye disease. At an orphanage near Tegucigalpa, Honduras, he worked with One World Surgery, conducting many different surgeries for the children and the surrounding community.

“The nice thing about ophthalmology is that we have the capacity to do a lot of good in a short amount of time with a lot of expertise, but not a lot of expense,” he says.

The Wood family’s dedication to supporting Yale students has also always been a family affair.

Their latest contribution follows the 2017 establishment of The Barry and Jean Wood Divinity Endowed Scholarship Fund. Barry had the initial idea, Jean says, to support YDS through scholarships. She recalls him saying that he wanted to give a major scholarship because it changed his wife’s life and, therefore, changed the life of his family.

An impetus behind their support for the new social justice scholarships is Jean’s desire to help students who wouldn’t otherwise have the resources to attend YDS.

“My dad was a blue-collar worker; my mother never worked,” Jean says. “I didn’t have money to go to Yale Divinity School.”

Without the full-tuition scholarship she received, she wouldn’t have been able to attend. 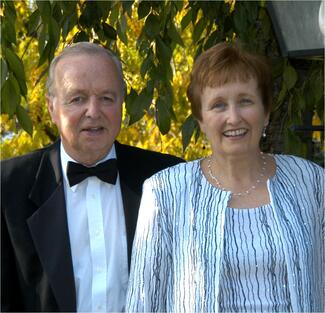 Barbara Sabia, YDS Senior Director of Alumni Engagement and Development, says the Woods continue a tradition of social justice at YDS and in the lives of alums. “We are so fortunate to have the partnership of the Wood family in expanding our commitment to serving students who want to make the world a better place,” Sabia says. “Their generosity will ensure YDS students of today and tomorrow have the same transformational experience Jean experienced as a YDS student.”

“I’m just one branch of this narrative,” he says. “I’m merely a branch.”

The Woods’ work continues at YDS and beyond. Most recently, they’ve begun working with RefugeeOne, the largest refugee resettlement organization in Chicago, and Viator House of Hospitality, a safe home for young immigrant men seeking asylum in the U.S. They hope their gift will enable students who aspire to do social justice work to have the chance to attend YDS.