Written thousands of years ago in a different context and culture, the Bible contains, unsurprisingly, certain passages considered controversial by today’s Western standards. Yale Divinity School Assistant Professor of New Testament Yii-Jan Lin tackles some of the most sensitive and misused verses in the Christian Bible in the new episode of the YDS “Quadcast” series. 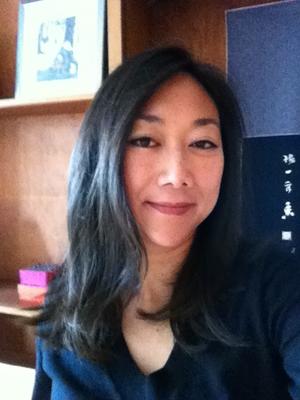 The New Testament includes contentious slavery metaphors, including a quote attributed to Jesus in the Gospel of Mark: “Whoever wants to be first must be a slave of all.”

Lin notes that Jesus was living under the Roman empire, with an economy that operated on the backs of slavers. Since slavery was part and parcel of everyday life, the slave metaphor would be at hand.

“It is very much an accepted fact of life in these writings,” Lin says. “It doesn’t excuse the pain of the truth of that metaphor. I wouldn’t say that there is any advocacy for slavery in the New Testament, but it seems like there is a complicit or complacent acceptance of the fact [of slavery].”

The biblical slavery metaphors were misused to justify slavery in American history, according to Lin, and in recent American political history, the bible has been misused to advocate for divisive immigration policies.

In 2018 the Trump administration came under criticism for separating immigrant children from their families at the U.S.-Mexico border. Then-Attorney General Jeff Sessions referenced Paul’s Letters to the Romans to argue his administration’s laws were God-ordained.

“Fulfilling the law and loving—is that what we’re doing by separating immigrant children from their families? I would say no, that is not,” says Lin.

Sessions specifically cited Romans verse 13: “Let everyone be subject to the governing authorities, for there is no authority except that which God has established.”

Lin says the verse was taken out of context and readers should remember the context inside the text and outside the text: the lives of both the writer, Paul, and Jesus.

“What does Paul mean by being ‘subject to authority’? Does it mean that you can’t resist at all? I don’t think so because he himself was imprisoned and punished. Jesus himself was taken and crucified. These are essential parts of their stories,” Lin says.

Lin also weighs in on gender in the New Testament, specifically the role of Mary, the mother of Jesus.

Some feminist theologians critique Mary’s depiction as placing a woman in the traditional maternal role, while others applaud Mary because she did not need a male partner to conceive Jesus.

Lin concludes that Mary can be seen as a feminist icon, both in how she is written about in the Bible and how she has been interpreted.

“Mary is more prominent than any male member in Jesus’ household,” Lin points out. “You can see iconography of her or stories about her or ideas about praying to her that are very powerful, that put her in a place of authority.”