Tim Ahrens ’85 M.Div. was a top winner in the Associated Church Press awards for 2021 for an article in the YDS journal, Reflections . The magazine, edited by Ray Waddle, also won two Awards of Excellence in the competition.
Read more.
***

Jamie Manson ‘02 M.Div., President of Catholics for Choice, was the subject of a profile by Religion News Service, headlined, “Creating a Catholic Church she can belong to.”
Read the article.
*** 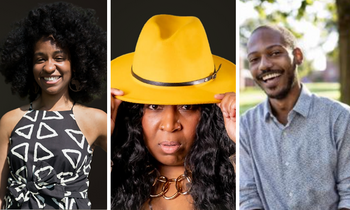 Herron Gaston ’14 M.Div., ‘15 S.T.M. has been elected Vice President of the Board of Directors of the Council of Churches of Greater Bridgeport, effective July 1.
Learn more.