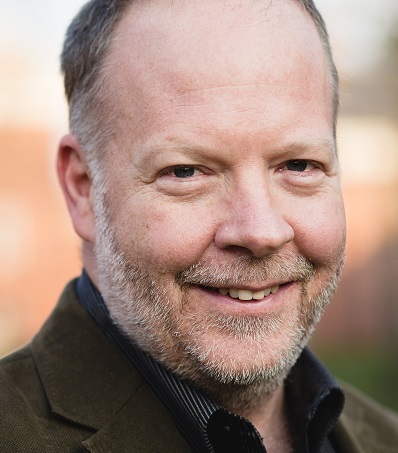 In the new episode of the YDS “Quadcast,” Bruce Gordon, Titus Street Professor of Ecclesiastical History, explains how the Bible transcends its historical contexts and continues to evolve with the shifting religious landscape.

Listen to the episode.
A member of the YDS faculty since 2008, Gordon focuses his research and teaching focus on European religious cultures of the late-medieval and early-modern periods, with a particular interest in the Reformation and its reception. His John Calvin’s Institutes of the Christian Religion (Princeton 2016) examines the reception from the sixteenth century to the age of YouTube of one of the defining works of the Reformation. In 2021 he published The Oxford Handbook of Calvin and Calvinism (Oxford) and Huldrych Zwingli. God’s Armed Prophet (Yale). He is currently writing The Bible: A Global History for Basic Books.
The YDS podcast series "The Quadcast" is hosted by Emily Judd ‘19 M.A.R., who is Senior Communications Specialist at the Higher Committee of Human Fraternity, an international humanitarian organization supported by Pope Francis, the Grand Imam of Al-Azhar, and the leadership of the United Arab Emirates. She previously worked as a journalist in the Middle East.
Listen to past episodes of The Quadcast.
June 9, 2022