Podcast: Prof. Jamil Drake on a healthy role for religion in U.S. politics 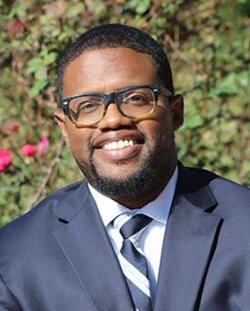 In the new episode of the YDS “Quadcast,” Jamil Drake, Assistant Professor of African American Religious History, discusses a healthy role for religion in U.S. politics and current political priorities in Black churches.

Listen to the episode.

Newly appointed to the YDS faculty, Drake specializes in American religious history with a particular interest in 20th century African American religion and politics. He is the author of the new book To Know the Soul of a People: Religion, Race, and the Making of Southern Folk (Oxford University Press).

The YDS podcast series “The Quadcast” is hosted by Emily Judd ‘19 M.A.R., who is Senior Communications Specialist at the Higher Committee of Human Fraternity, an international humanitarian organization supported by Pope Francis, the Grand Imam of Al-Azhar, and the leadership of the United Arab Emirates. She previously worked as a journalist in the Middle East.
Listen to past episodes of The Quadcast.
September 13, 2022