HomeNews & MediaNewsPreaching and the power to confront racism: A Q&A with Will Willimon

Preaching and the power to confront racism: A Q&A with Will Willimon

Will Willimon ’71 M.Div. is Professor of the Practice of Christian Ministry at Duke Divinity School and former Bishop of the North Alabama Conference of the United Methodist Church. Willimon is the author of 60 books, including the new release Who Lynched Willie Earle? Preaching to Confront Racism (Abingdon Press).

YDS recently interviewed Willimon about the power of preaching to confront racism.

Who was Hawley Lynn, who was Willie Earle, and why were you drawn to their story?

In 1947, an African American young man, Willie Earle, was in the Pickens, S.C., jail awaiting charges in the death of a white cab driver. On the night of February 17, a mob of white cab drivers from Greenville, S. C. (my home town, I was 1 year old at the time) dragged a terrified Willie Earle out of jail and brutally tortured him to death, South Carolina’s so-called last lynching. 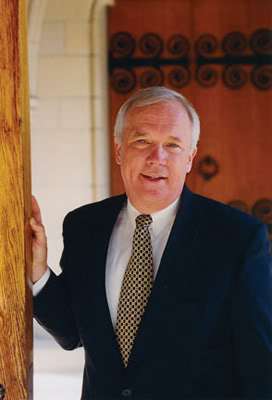 There was a young preacher in town fresh out of Yale Divinity School named Hawley Lynn (‘43 M.Div). Horrified by the lynching, he organized a public meeting to condemn the injustice. The meeting was broken up by a crowd from a nearby village. Hawley went home and began work on a sermon, “Who Lynched Willie Earle?” Hawley was recently widowed and had the care of an infant daughter. Grace Methodist Church, where he served, had burned to the ground a few months before. He was in a white supremacist South. Even though nearly all the lynchers confessed to the crime, they were all acquitted by a Greenville jury a couple of months later in a trial that gained international attention.

In spite of all the reasons not to speak up, Hawley preached a powerful, passionate sermon. Who lynched Willie Earle? We did! This was the thrust of Hawley’s sermon. Our racist attitudes and segregationist practices led to this outrage.

I think Hawley represents the best of a YDS education.  He is an exemplar for us contemporary preachers and an encouragement for us to speak up and speak out about racism in our own day.

How do you assess the adequacy or quality of the work done by white mainline churches, and their pastors,  in confronting racism?

Studies show that white mainline churches hear few sermons on race. They are likely to hear twice as many sermons on world hunger as on white American white supremacy. White people are nervous and skittish about talk on race. We want to believe that we are “color blind” and race bias is something we have at last overcome. We are wrong, of course. Preachers have a sacred duty to talk about “America’s original sin,” as Jim Wallis calls it.

Why are many white pastors reluctant to preach about racism? Are they worried about parishioners’ disapproval or anger? Do they feel unqualified?

Those are indeed two factors that silence preachers on race. In my book I try to encourage preachers to talk about race in a specifically Christian way and I also try to give white preachers some equipment and information for speaking about race from the pulpit. Some of my best material was given to me by two encouraging former colleagues who are now at YDS—Eboni Marshall Turman and Willie Jennings.

What is the unique role preaching can play—preaching at its best—in changing hearts and creating change when it comes to race? Why does preaching have this potential power?

Preaching can help to form Christian identity. We are sinners who have been and are being redeemed through the active work of Christ in us. Preaching is a demonstration by the church that Christ makes possible a people who can talk about subjects that the world finds difficult to discuss. And sermons can lift up practical, specific acts of justice and mercy that Christians can perform in order to witness to the world that Christ is able to deal with our sin, even our racial sin.

What do you hope your new book accomplishes?

I hope that my book will encourage white preachers, preaching to predominately white congregations, to speak up and speak out on race. I’ve got some great excerpts of sermons by contemporary preachers that serve as examples, in our own day, of preachers who have the same courage of conviction as Hawley Lynn.

How has your YDS experience influenced your life and career?

Wow. Where do I begin? I am thankful that YDS gave me a classical, vibrant, useful theological education. I was at YDS in the late ’60s and got to experience a wonderful mix of activism on behalf of justice supported and instigated by the witness of the saints. YDS gave me the theological rationale that has sustained my ministry over a lifetime. I’m grateful!