They are questions every good Sunday school teacher knows to expect: Why does the New Testament include four gospels, telling the story of Jesus’s life four different ways? What was each author trying to persuade us of—and did he succeed?

Those questions are central to the work of Michal Beth Dinkler, Associate Professor of New Testament and ancient Christianity at Yale Divinity School. This summer, Dinkler will be the one tackling those questions when she teaches The Danger of a Single Christian Story as part of the YDS Summer Study program. 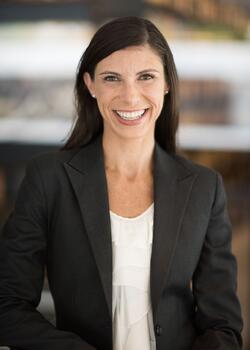 “Every retelling of a story is an attempt to persuade in some way,” Dinkler said in a recent interview. “And these four gospels show us the importance of context, for the person who is telling the story and for the people to whom they’re telling it. Coming to any biblical text and trying to force it into one kind of capital ’T’ truth is an unimaginative way of understanding God’s work in the world. The New Testament itself tells us that diversity has been present amongst followers of Jesus since the very beginning.”

Dinkler, who came to Yale in 2014, is known for applying literary theory—the dissecting of texts for themes, plotlines and character development that is usually found in English departments—to the Bible. Dinkler’s second book, Literary Theory and the New Testament, is a call to New Testament scholars to engage the incredible interpretive resources offered by literary theory.

“When I came into biblical scholarship, I was surprised by how few scholars read the Bible that way,” she said. “The perspectives of history and context are very important, and understanding the literary dynamics along with them allows the text to have even more depth and life. It opens up more understanding of how the text influences us. We have to let the text be as complicated as it is to understand how complex we are ourselves.”

Dinkler’s most recent book, Influence: On Rhetoric and Biblical Interpretation, shows just how complex. Focusing on the persuasive power of scriptural rhetoric, she says the Bible’s power to influence people is like the power that the Colorado River has to influence the Grand Canyon. Just as that majestic river carved an iconic landscape, the Bible—through its rhetoric and the rhetoric of those who interpret it—has shaped how we think about what the Bible says and means today.

“Child labor reformers, those fighting poverty, and climate justice activists have been motivated by biblical texts,” she writes in the book’s introduction. “But so have the Nazis, the Ku Klux Klan, and present-day white supremacists. The Bible has influenced—poured into, carved out, forged, and formed—widely diverse legal, social, and political systems. Its winding whirlpools of words have carved grand canyons of social advancement, intellectual inquiry, and aesthetic achievement. Yet, amidst these sediments, the Bible has also deposited sentiments of violence, hatred, and oppression, with very real and often very deadly consequences.”

Dinkler’s path to Yale Divinity was as circuitous as the Colorado River. She was a different kind of “PK”—a professor’s kid—raised in Orange County, California, in the Presbyterian Church (U.S.A.). She was a serious ballet student and almost left high school to study dance in New York City before her academic commitments intervened. 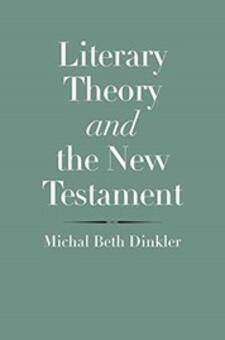 As an undergraduate at Stanford, Dinkler dived deep into the novels of the 19th century—Dickens, Austen, and the like—and received both her B.A. and M.A. degrees. After Stanford, she headed east to Gordon-Conwell Theological Seminary, an evangelical school, where she began ordination in the Presbyterian Church (U.S.A.). Then she made the leap to Harvard Divinity School, an ecumenical institution famous for challenging the beliefs of its students.

“It was like, wait a minute—there are all these different people who say they are Christians but believe very different things than I did at the time,” she said. “I had to think, ‘Am I going to double down on what I believed before [Harvard]? Or am I going to open up and allow for these differences?’”

The appeal of so many different ideas won. Soon, she was applying the literary theory she had learned at Stanford to the Bible. One of the first things she noticed were the many silences in the Gospel stories. What were the authors trying to convey in Mary’s contemplative response to her pregnancy? In Jesus’s refusal to speak to Herod? In the women’s terrified silence at the discovery of his empty tomb? Her investigation became Silent Statements: Narrative Representations of Speech and Silence in the Gospel of Luke, her first book.

David Moessner, professor and chair of religion at Texas Christian University, is a senior scholar in New Testament studies who is well acquainted with Dinkler’s work and has served with her on several panels at international conferences. Dinkler, he says, brings a nuanced understanding of both modern and ancient literary theory to her work.

“Michal Beth argues for reading [the Bible] with more openness in terms of how the text will work on you with respect to what conclusions you draw and what actions you might take,” Moessner said. “The whole gamut of reader responses is included in her understanding of genre. She brings a lot of intuitive imagination” to the field.

In her Summer Study course next month, Dinkler will challenge her students to use their imaginations to go beyond whatever they think of as “the” gospel story. She was inspired by a 2009 TED Talk given by Chimamanda Adichie in which the Nigerian author claimed that knowing only one story about a person erases much of his or her truth.

“What I want to do is invite people to think about the damage we do when we imagine that there’s only one single gospel story, or one way to be Christian,” Dinkler said. “If our paradigm is singular and narrow, that’s what we will find. But if our paradigm is multiple and diverse, then we open ourselves to see so much more beauty and truth in the world.”

—-
Kimberly Winston has been reporting on religion for 25 years, her work appearing in outlets including the Washington Post, Los Angeles Times, USA Today and NPR.org. She is a graduate of the journalism school at Columbia University and lives in the San Francisco Bay Area.
May 12, 2021