It is with a great deal of joy that I announce that Professor Volker Leppin will join our faculty next summer as the Horace Tracy Pitkin Professor of Historical Theology. 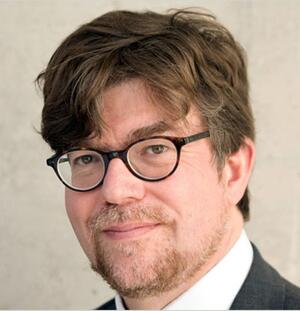 This appointment concludes a three-year search that began in the fall of 2017. We have considered both beginning and well-established scholars in the process. Professor Leppin was the unanimous selection of the search committee. Here are the reasons.
Educated at Marburg and Heidelberg, Volker Leppin received a chair at the University of Jena when he was only 33 years old—a very unusual appointment for someone so young. He later moved to the University of Tübingen, where he holds the most prestigious chair in his field in Germany.
He is the author of 19 monographs and 11 critical editions of texts, the editor or co-editor of 49 books, and the author of more than 300 scholarly articles and chapters. Nor have all of these publications been in a single, narrow area. Professor Leppin has worked in both medieval and Reformation studies. In fact, he is best known for his argument that the Reformation should be understood in continuity with the medieval world. In short, he is one of the leading scholars in the world working in these areas today.
He is also a committed pedagogue. Students both in Germany and after his visits here at YDS spoke in glowing terms of his concern for them and commitment to teaching.
Professor Leppin will add to the range of our faculty by expanding the presence of German scholarship. He has one of the highest profiles of German faculty working in Christianity today and will bring a German public intellectual tradition that will enrich our faculty.
November 11, 2020