HomeNews & MediaNewsReducing our carbon footprint is a way of loving others

Reducing our carbon footprint is a way of loving others

From whose womb did the ice come forth, and who has given birth to the frost of heaven?

The snowy poles of Planet Earth depict the winsomely powerful glory of Creator God. Vast, open spaces, white and downy, gleam at the touch of the sun’s light. Narwhals’ horns emerge out of cracks in the ice when they come up for air, and arctic foxes scurry and jump headfirst into pillowy snow. The blizzards are an untamed force, and the ice is a strong fortress.

The frozen poles appear almost otherworldly to us, but they are intimately intertwined with our ordinary lives, down to the wind we feel on our skin. Most of us don’t live near the earth’s poles, but wherever we live, we are connected to the polar realms by the climate. 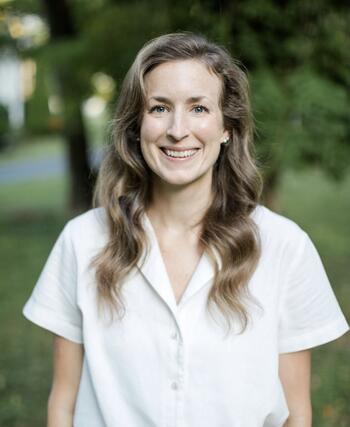 Likewise, the whole world is intricately linked within the large climate system, from pole to pole. What we do at home influences what happens at the poles and around the world. In this sense, all are connected globally, and everyone is our neighbor. We love our neighbors when we consider how our choices alter the climate and then adjust our lifestyles to minimize our impact.

Our energy use and food supply, especially, contribute to a continual injection of carbon dioxide and methane into the air at a rate the planet has never had to handle. We see the alarming symptoms—melting ice sheets and rising sea levels, plus an increase in heat waves, droughts, storm intensity, flooding, and wildfires worldwide. It’s as if the planet is having an allergic reaction to the unnatural daily doses of greenhouse gases.

When it comes to fossil fuel use and the consequences of climate change, here’s a central moral issue at stake—it’s impoverished communities and minority groups, already burdened by unfair systems, who get the brunt of it. Compared to the long history of emissions from industrialized nations’, countries in the Global South’s emissions are meager, and yet they suffer the most from the privileged percent of the world’s decisions surrounding fossil fuel use. They’re also less prepared with resources to deal with the hurricanes, fires, droughts, and floods exacerbated by climate change.

Environmental injustice shows up today in issues linked with climate change like air pollution, water issues, food shortages, storm damage and lack of access to resources to adapt to changes like sea level rise. It’s evident when we read reports about people of color being disproportionately affected by air pollution, heat waves, and flooding. It’s revealed in repeated instances of pipeline blueprints—Line 3 and the Dakota Access Pipeline for example—set to run through the tribal lands of Indigenous communities. It’s uncovered in examples of Black, African American, Hispanic, and Latinx families being much more likely to live near polluting industries than Whites. The pollutants emitted into the air, like a recognized carcinogen particulate matter 2.5 (PM2.5), are disproportionately breathed in by people of color, with adverse health effects like asthma and lung conditions, heart attacks, and possible premature deaths.

Environmental racism lingers largely unnoticed when marginalized communities can’t recover from hurricane damage as quickly as others. A sobering example is the aftermath and relief efforts of Hurricane Katrina. After a decade of restoration efforts, the city officials were boasting of a “New Orleans miracle” claiming the city was no longer in recovery mode. While this was seemingly true for predominately white areas of the city, the predominantly Black areas of the city were left barely halfway rebuilt, leaving these residents in a state of displacement.

I have a lot to learn about the effects of environmental racism and injustice in the U.S. and abroad (one article that’s helped me is a Yale Environment 360 interview titled “Unequal Impact: The Deep Links Between Racism and Climate Change” with Elizabeth Yeampierre of the Climate Justice Alliance). The problem of continual cycles of unfair treatment is hard for me to wrap my mind around, and I can become overwhelmed with grief for what I have overlooked or not taken the time to see. The daunting scale and complexity of ingrained systems can lead to feelings of helplessness. But one thing I do have control over, one place I know I can begin to make a difference and repair and prevent further wrongs, is by lowering my carbon footprint. It’s one way I can show I’m aligned with the goal of an environmentally just society.

Climate change intensifies environmental injustice in our local areas and beyond. And love cannot overlook this. One of the first things we can do is assess our carbon footprint. This tells us where most of our personal greenhouse gas emissions are coming from and where you can make the biggest difference in lifestyle changes. There are many online tools available (like the EPA’s online calculator) that will calculate your carbon footprint for you.

In my new book, A Christian’s Guide to Planet Earth, I address ways we can lower our carbon footprints, as well as related solutions to the climate crisis like renewable energy options and reforestation, regenerative agriculture, and rewilding. I look at more reasons to put our efforts into a just transition away from fossil fuel dependance and towards a clean energy future. We can also advocate for change at the policy level to influence a shift at a larger scale, whether that’s for fair housing policies, incentives for electric vehicles, or stronger restrictions on polluting industries.

We know that the planetary symptoms of climate change translate into harmful impacts on others’ lives (and our own). Drought leads to lack of access to fresh water. Extreme hurricanes and floods destroy coastal infrastructure and access to daily needs. Wildfires incinerate homes and people’s precious belongings like old photographs and irreplaceable family heirlooms. When we recognize that, in some way, these physical afflictions from environmental problems are tied to our carbon-emitting habits, we have the responsibility to shift our actions and lower our carbon footprints.

Every person on our shared planetary home is impacted by one another’s daily decisions that affect the Earth. Industrial factories will continue to operate and pollute water and air as long as we remain dependent on them for our everyday energy use. The severity of climate change will continue to rise as long as we continue with our status quo. Being mindful about our carbon footprint and taking steps to reduce it is a kind and just choice, always. It’s an opportunity to love the world.

In the well-known John 3:16 verse, “For God so loved the world” the Father gave his Son to save it, the Greek word for “world” there is kosmos. “For God so loved the cosmos…” God intends to save it all. Every step we take towards practices and daily habits that are more environmentally gentle and more socially aware of the inequalities around us, serves as a witness to this hope—a creation liberated through Christ (Romans 8) where the justice and mercy of heaven meet earth.

Just as the polar worlds of ice caps and snowy terrain appear starkly different from the tropical rainforests near the equator, heaven can appear distant and detached from this world. But as we’ve seen, the poles and equator—and the entire planet—are connected in complex ways through the climate (as well as the water and carbon cycles). Similarly, heaven and earth enigmatically interact and influence one another. Heaven becomes evidently near to the world through our loving actions—in this case in lowing our carbon footprints.

When we decrease the amount of pollutants billowing out from industrial factories, halt the construction of pipelines, or ride a bike or invest in an electric vehicle to lower emissions, we are taking practical steps to let earth match the justice of a God who is “rich in mercy and abounding in steadfast love,” a God who resides in heaven, yet infuses this earth with life. Our combined efforts to act on climate will help clean up the air and will let the planet flourish ecologically with a harmony that mirrors heaven’s.

No matter the physical distance, we bear a responsibility for the fate of polar ecosystems and communities around the world enduring the burden of homes and habitats changing faster than they may be able to adapt. We can’t ignore the consequences of our daily decisions on others (and the planet we co-inhabit). Instead let’s reduce our oil consumption, take real steps away from fossil fuels, support renewable energy, and work to rewild the world together. This is an act of love and a symbol, however small, of hope.

Adapted from the book A CHRISTIAN’S GUIDE TO PLANET EARTH: WHY IT MATTERS AND HOW TO CARE FOR IT by Betsy Painter and Muti. Copyright © 2022 by Karen Elizabeth Painter. Published on April 5, 2022, by Zondervan, an imprint of HarperCollins Publishers. Reprinted by permission.