HomeNews & MediaNews'She saw the dark': An alumna's reflection on ministry at the margin

‘She saw the dark’: An alumna’s reflection on ministry at the margin

She Saw the Dark

A reflection by Katie Campbell-Morrison ’20 M.Div.

She coded three times that night.

She saw her soul leave her body.

Float above to stare down at a body trapped in pain.

A body trapped in anguish.

Lost and twisted in a spiral.

She died three times that night.

She always believed there was something better.

She always believed there would be an end to this pain.

She always believed that she would find hope and peace in death.

She died three times that night.

Instead, she only saw more pain.

Instead, she got trapped in a twisted spiral, lost and hopeless.

Instead, she lived in hell.

She died three times that day.

Only to return never quite the same.

How could I offer pastoral care to someone who was reeling from a visit to hell? It was easy to rationalize and tell myself that she hadn’t actually seen hell, that it was just the trick of a near-fatal drug cocktail that had addled her mind, of the drugs that had created a distorted hellscape—to tell myself that her mind got lost in a warped world and that it was my job to ground it back in reality. Yet there was something so real about the words she used to describe her nightmare. A dark, unsettling truth that hell exists, and that seeing it rips apart a bit of your soul. You are never quite the same.

During my supervised ministry, I worked for the Sex Workers and Allies Network (SWAN) as a spiritual care advisor. Nearly everyone I worked with struggled with opioid substance abuse and a crisis of faith. Substance abuse eats into the fabric of your life, chipping away at everything until your only focus is the next needle. Everything else falls away. 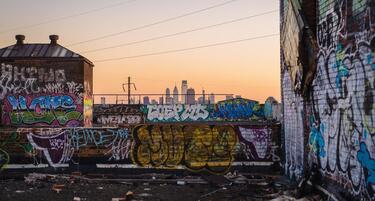 People experiencing homelessness are pushed to the margins. So are sex workers, who shared with me countless stories about being told that their job was a choice rather than a means of survival, about being assaulted by police officers, their belongings rifled through or trashed by hospital staff, about faith leaders portraying their substance abuse as a moral failing.

After COVID forced shelters to shut their doors, people were forced to defecate on the streets. Community members rejected the idea of a porta-potty, viewing it as “just another place to get high,” rather than a place to restore a sense of dignity. I grew accustomed to stepping around feces.

After graduating from YDS, I continued my journey with the organization as the Director of Programming and Outreach and slowly more womxn grew to trust me and reached out for spiritual advice. The vast majority of their questions were about being expelled from faith communities, about finding comfort in prayer and in communities like Church on the Green that continued to open their doors. At times, womxn called me in moments of profound crisis.

Late one summer night, I received a phone call asking me to help someone just released from the hospital; she needed supplies for the days ahead. As I approached her, I could see the woman was in a very dark place, in the throes of what I would learn was her second overdose of the summer. This was not like her previous overdose: This time she died three times, coding over and over and over as her body fought to stay alive. For the following three days, she lay in a state of agitated unconsciousness while watching her soul drift above her body.

What made this time different, more terrifying, was the hell she had witnessed, and not in the figurative sense. She had seen the other side, she told me. It was not filled with the peace she always hoped for, nor the painlessness she longed to find. Instead, there was nothing but pain, clawing up from the darkness over and over and never letting go. She fought tooth and nail to escape, only to get pulled back under. The rational part of me wanted to explain it away: it was just the PCP working its way out of her system, the drugs that had taken over her mind and made it hard to see. But I couldn’t deny her experience. I couldn’t shrug off her words with the usual reassurances that she was a beloved child of God deserving love, hope and redemption—not hell. I had to sit with the harsh discomfort caused by her words and her violent reenactment of her journey into hell, her shaking and convulsing as if she were trying to exorcise a demon from her body. I had to admit to myself that maybe she had been there.

I struggled to hold the truth of her words and the truth of my faith in tandem. I told her I still hoped that there is a heaven, that I refused to believe she was damned. While I knew she was not evil, I could not deny that she had seen evil. I would not join the ranks of the many who told her she was worthless, invisible, morally bankrupt, and a burden on society. I had to truly see her and not whitewash the pain in order to fit her neatly into my suburban Midwestern sensibilities.

Through my work, I witnessed how often sex workers are used, abused, and ignored. People choose to ignore or blame them for failing to live up to certain standards, falsely believing their lifestyle is a choice rather than a means of survival.

I witnessed how people, including clergy, so often deem sex workers unworthy, forgetting that Jesus resided with those on the margins. Jesus saw, without judgment, the people society tells us to forget. Jesus did not damn you to hell simply because you had seen the devil. 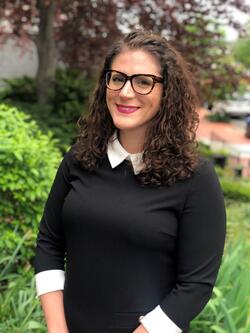 As more and more people are pushed to the margins—to the brink of existence—stories from those in survival sex work will mount. Struggles with mental health and substance abuse will pile atop the already crushing realities. People may sell their bodies as a means of economic survival, and we have a responsibility to walk with them just as we walk with the doctor, the deli clerk, and the teacher. It is not a moral failing if someone enters sex work—be it survival sex work or other kinds of sex work—but a means of making a way in this world, of feeding yourself. It is not our job to morally chastise.

If we believe survival sex workers and the unhoused are undeserving burdens on society who don’t deserve a toilet, we end up with crap in the streets. Remember, Jesus taught us that even if we have seen hell, there is a chance to find peace in heaven. To live like Jesus, we must walk with people, no matter how uncomfortable it is, rather than write them off as morally bankrupt, as irredeemable, for living with opioid substance-use disorder or engaging in sex work.

Those whom we are most tempted to forget—whom society tells us not to see—are the ones our faith most challenges us to remember.

Originally from Ohio, KCM (Katie) Campbell-Morrison currently serves as the Interim Communications Director at the U.S. Capitol Historical Society. She is pursuing ordination in the Christian Church (Disciples of Christ) and holds a Master of Divinity from YDS and Master of Theology from Seminario Evangélico de Teología, Matanzas, Cuba. Her blog “Confessions of a Former Political Child” is about growing up as the daughter of the first female Mayor of Cleveland.