A lot of churches keep them separate—faith and justice, private prayers and social reform—but that’s not an option for Rev. Neichelle Guidry ’10 M.Div.

In an era suffering one racial setback after another—unarmed black men killed by police, minority voting restricted, community water supplies neglected and poisoned—Guidry’s Christian faith puts the cause of liberation out front.

“It’s a vocational, moral imperative to stay woke,” says Guidry, 30, who is associate pastor to young adults and liaison to worship and arts ministries at Trinity 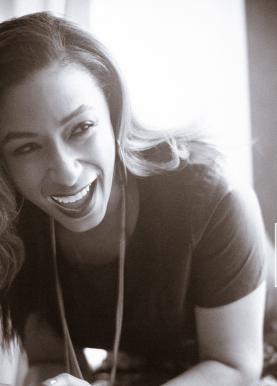 United Church of Christ in Chicago.

“As a black millennial, I see preaching as part of the movement. I might not be running for mayor of a major city or at the forefront of a march, but I’m invested in the liberation of my people. I look at the trend of violence against black bodies—it’s actually no longer a ‘trend’ but becoming normative—and I don’t have the option of staying silent in this. My God won’t allow me to stay silent.”

Silent she is not. Guidry serves on staff at one of the nation’s premier congregations in the gospel tradition of social justice. She preaches around the country. She leads shepreaches, the organization she founded to inspire African-American millennial women in ministry. She offers workshops on the faith lives of millennials and women, among other subjects, and curates liturgical experiences that centralize the stories of black women. This summer, she has a new book out entitled Curating a World: Sermonic Words from a Young Woman Who Preaches. In July, she will be the pastor/preacher in residence at the fourth-annual Black Theology and Leadership Institute at Princeton Theological Seminary. Next year, she plans to finish her Ph.D. in liturgical studies at Garrett-Evangelical Theological Seminary.

No wonder she was featured last year as one of Time Magazine’s “12 New Faces of Black Leadership.”

“I’m blessed to preach all over the country, and I see the influence preachers have, not just in their craft but in the moral example they set,” she says. “I’m extremely interested in the way millennial preachers are integrating rhythm and style and message in order to communicate. Using one’s presence or power is a matter of stewardship.”

In her case, stewardship involves conveying an urgent message: God’s redeeming love requires human resistance to status-quo oppressions and dysfunctions. Ministers should honor that prophetic instinct and work for change, whatever the odds.

“Culture and ideology keep black people on the margins,” she says. “Even in this charged moment, you can go into any number of churches and not hear a word about justice. That can be disillusioning. The priestly versus prophetic duality in American church life is still very real.”

Guidry knows about that duality. She has been shaped by a fruitful amalgam of different traditions—Pentecostal, social justice, megachurch, mainline—which gives her insight into the passionate heart of American Christianity, as well as the need to sharpen its social witness.

She grew up in San Antonio, in a household where her father was Catholic, her mother Baptist. As a youngster, she connected with a local nondenominational church that was Pentecostal in practice. There, at New Creation Christian Fellowship, she learned about the beauty of the Holy Spirit and the power of vocational discernment—and discerned a call to ministry by the time she was a teenager. The church ordained her to ministry in 2010. 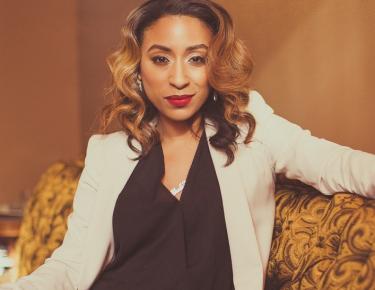 She attended Clark Atlanta University as an undergraduate (B.A., 2007), then went on to YDS, where she was the 2010 recipient of the Walcott Prize for Clear and Effective Public and Pulpit Speaking. Today she serves at Trinity UCC in the office of the senior pastor, the Rev. Otis Moss III ’95 M.Div.

Themes of transformation—inward, outward, spiritual, institutional, political—propel her vocation. Creating shepreaches in 2012, for instance, Guidry was keen to organize a gathering space for African American women in ministry so they can explore candidly their high aspirations and daily frustrations. Shepreaches began as an online magazine but has evolved into a professional development organization devoted to theological reflection, mentoring, fellowship, and liturgical experiences. With roots in Chicago, the organization is planning new events this year in Detroit, Washington, D.C., and the San Francisco area.

“My feeling about vocation is: Being a responsible member of the community means not only being aware, but taking it upon yourself to get involved,” she says.

Her parish work today keeps her immersed in the world of twenty-somethings and other young people, who deepen her attention to the connection between inner spiritual enrichment and the work of justice-building.

“Young people are looking for spiritual experiences and growth and relationships—and they are also looking for something that feels like a village, a sense of family and purpose. They are asking: What was I put here for? And they learn that we are here for more than our own satisfaction.”

At a turbulent moment in the nation’s life, when voices are rising against entrenched racism and denial, Neichelle Guidry brings a gospel edge.

“Why am I a Christian? There has to be a connection between a deep reliance on God and advocacy for social, structural change. Faith is what incites courage and hope within, so that we can be empowered in our own lives—and become people of faith and resistance.”

You can learn more about her work and sample her sermons at revneichelle.com.