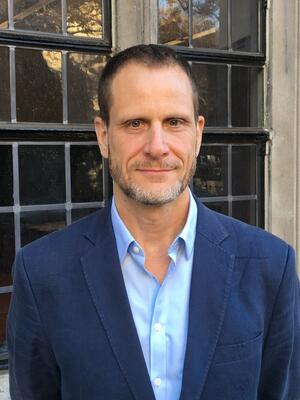 “Who are white Christian Nationalists?” Listen to the interview with Philip Gorski on the YDS podcast

The deadly January 6 insurrection at the U.S. Capitol was a scene of white Christian nationalism, according to Gorski. In congressional testimony, capitol police officers described the pervasiveness of Christian symbols among those who attacked them.

While the insurrectionists exploited Christian iconography and rhetoric, not all are “Christian” in the ways that typically come to mind, Gorski pointed out. Studies have shown that “increasing numbers of secular white nationalists are identifying as Christian,” he said, “even if they don’t really practice in any systematic way.”

“The big lesson for Americans [following January 6] was to realize what a powerful and pervasive force white Christian nationalism is in American politics,” said Gorski, whose upcoming book is titled The Flag and the Cross: White Christian Nationalism and the Threat to American Democracy.

Gorski describes white Christian nationalism as a “narrative about America’s history” that interlinks certain ideas about freedom, order, and violence.

“The idea is that certain people, especially white Christian men, are entitled to exercise their freedom, which they understand as the freedom to seize property, to make money, and to dominate others. Order is racial order, and patriarchal, gendered order. To defend that order, they [believe they] are entitled to use violence when necessary,” Gorski explained.

Gorski also weighed in on the 2020 census report by the Public Religion Research Institute (PRRI), which found an increase in white mainline Protestants in the United States, as well as the stabilization of religiously unaffiliated Americans.

“One of the biggest trends in the American religious landscape since the late 1960s has been the steady decline of the mainline. So, to see that actually increasing in size, I think was a real eye opener,” Gorski said.

“I think the increasingly tight embrace between white evangelicals and conservative white Christians in general, and political conservatism and the Republican Party, is having a number of effects,” he added.