To understand the song: The scholarly journey of Braxton Shelley

Braxton Shelley, Associate Professor of Music, Sacred Music, and Divinity, has long been fascinated by how gospel music turns musical sound into spiritual power. In the following interview, we spoke about his research on the influence of gospel music, the new Program in Music and the Black Church of which he is faculty director, and what building prophetic community requires amid the many crises facing us today. Dr. Braxton is the author of Healing for the Soul: Richard Smallwood, the Vamp, and the Gospel Imagination (Oxford University Press). His second book, An Eternal Pitch: Bishop G.E. Patterson and the Afterlives of Ecstasy, is under contract with the University of California Press. He holds a Ph.D. in the History and Theory of Music from the University of Chicago and an M.Div. from the University of Chicago Divinity School. He is also an ordained minister in the Missionary Baptist Church.

This interview has been edited for length and clarity.

Leah Silvieus: Could you tell me about the spiritual, intellectual, and personal journey that led you to where you are now? 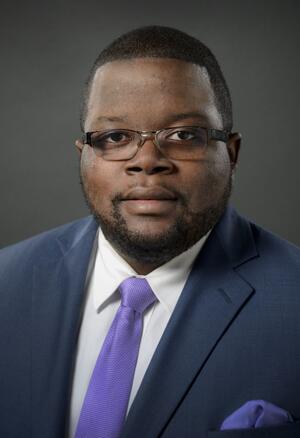 Braxton Shelley: The title of my [first] book, Healing for the Soul, comes from a song by Richard Smallwood. I’ve been thinking about that song for probably 12 years. I get fixated on a thing, on a song, on a sermon, on a meme, some piece of some expressive culture. I’ve been on a journey to try to understand what that song and the world that it comes from are all about— the claim that there’s healing available, mediated in part by sound. This song was the focus of the most important chapter of my undergraduate senior thesis, the first chapter I wrote for my dissertation, [and] the title of the book. The big claim about how gospel music makes available spiritual power from another world [and] turns musical sound into a spiritual power runs across [all] this. More specifically, my work is all about trying to understand what detailed attention to the particulars of musical sound can reveal about Black Christians. This an extraordinarily sonic tradition. The preaching is musical; of course, the singing is musical, the praying is musical. It’s all musical. Developing vocabularies and tools with which to break open the details of the sound—that’s been what I’m about, what I try to offer to students and my classes, and it’s what connects all the various projects I work on.

Leah Silvieus: How do your vocations as a minister, teacher, and musician inform each other?

Braxton Shelley:  Every important insight in my first book came to me in practice—while preparing or delivering a sermon, while writing a song, while teaching it to a choir, while performing it with a group in public, [and observing] the pivotal role the ever-present possibility of ecstatic dance, all those things work together. I realized that by watching some Black church congregants in some place—North Carolina, Chicago, Boston—find a way to experience God through sound. These ideas plant a germ, a kernel of an insight in my mind. Then I go back to work and figure out how to put it into words, how to contextualize it in various scholarly literatures, how to translate what’s taken for granted. I study the taken-for-granted, the things that people believe so deeply they don’t even have to express them. The things that people know so well, it’s hard to explain them. That’s what “tuning up” is: that moment of transition from speech to song in a sermon. You get taught what a sermon is not by someone teaching you in a pedantic mode, but by practice itself, right? If you’re going to write a gospel song, you write a vamp. And if there’s not a vamp in a song, you can make one improvisationally. That goes without saying. So, the question has often been: Why, and what does all that mean?

Leah Silvieus: Why is this study of taking what’s for granted important for those people outside the academy? What can it bring to people who just want to have a strong faith or participate in their church?

Braxton Shelley: That’s a good question. I’ve been surprised by how many people have decided to listen to the materials and read my books and articles. I think people feel validated, feel seen, feel invited to behold the beauty of their own tradition. I think it’s easy to despise the familiar. Cornell West says, “Black sacred music is America’s most important gift to the world,” and so I think that more and more refined attention to it is allowing the tradition to behold his own beauty.

Leah Silvieus: This fall, you’re teaching a class called “Broadcast Religions.” Could you tell me about that class?

Braxton Shelley: I’m writing a book on the late Bishop Gilbert Patterson. It’s about the way his extraordinarily musical approach to preaching and his lifelong preoccupation with various kinds of communications technologies work together to reveal his belief about the way spiritual power works, the way spiritual power can be funneled, and the role that the sermon and the voice of the preacher play in this religious economy. To finish the book, I wanted to spend this semester thinking about Patterson. I talk about Patterson dialogically: this week, we’re reading Charles Hirschkind’s book about cassette sermons in modern day Cairo. Islamic counter publics, he argues, are held together by these cassettes. We’ll do something with Sufi practice later. Last week, we read a book about radio and white evangelicals [and] the rise of the religious right. Broadcasting and religion share a preoccupation with access to things that are not available in a traditional notion of closeness. The bringing-near, the scattering-wide, the transcendence of space and time are [all] at work in both broadcasting and religion. The class is about how those two things work together. How religious belief motivates people to grab on to various kinds of technology, how technology enables religious practice.

Leah Silvieus: You are also the faculty director of the new program in Music and the Black Church. Can you comment on the uniqueness and significance of the program?

Braxton Shelley:  Across the country there are institutes and centers devoted to the study of blues and jazz and country and rock, and every tradition you can name, [but] there are few, if any institutions, certainly none at a place with the resources of Yale, focused on the music of Black church— even though it is one of the most influential, the most generative, [and] most appropriated, caricatured, and misunderstood musical traditions in this country with circulations and reverberations around the world. My work here is to build something that redresses that erasure. The Institute of Sacred Music is without peer in its resources, its focus on the music of the church and its openness to Christianity in the context of elite secular education. This is an ideal place to build onto the [already established] master’s programs in religious and various foci. We hope that there will, before long, be a Master of Arts in religion with a focus on music and Black church—there’s nothing like that anywhere. We can do that [by] marshaling this place’s amazing capacities and directing some of that energy and power to this extraordinarily overlooked tradition.

Leah Silvieus: Are there any specific initiatives or aspect of the program that you want to highlight? 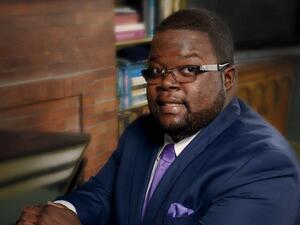 Braxton Shelley: There’s a Black Sacred Arts Initiative. There’ll be several conferences over the next several years—that work was begun by the ISM the past school year. We have a number of programs this year. There’s going to be an event on November third to launch the program with professors Cornel West and Cheryl Townsend Gilkes and several leading musicians coming together to play instrumental solos and one ensemble piece. In the spring, our hope is to put together an inaugural symposium that will combine and invite practitioners and scholars and choristers from the local area and around the country. We’re going to look for ways to help students in the Div School have applied lessons in gospel [by] bringing to campus practitioners who can work with students, host concerts, and foster connections between congregations in the New Haven area and around the country. These are some of the things that we are laying the groundwork for right now and that will be integrated into the ecology of the ISM, the Divinity School, and the broader university.

Leah Silvieus: In your opening convocation sermon on Ezekiel Ch. 37, you speak about what we can learn about what it takes to be a prophetic community. During such a formative time in our world, where institutions are grappling with their legacies of white supremacy and racism, the enduring effects of the COVID pandemic and so many other issues, how can we build prophetic community in our classrooms, churches, and communities? What tools do we need? What does prophetic community look like in practice?

Braxton Shelley: I think that the prophet’s strongest weapon is the truth, and the ugliest thing to be found is often the truth. The Divinity School has an anti-racism taskforce, and the university is going to have a conference at the end of October talking about this legacy of slavery. I think these are not backward-looking endeavors. They are about understanding the ground we stand on [and] the logics baked into the locomotion of the institution. This place functions the way it does because of what it has been, how it came to be. One of the most important things to do is to be honest and discerning and incisive— and, as I said in the sermon, to be willing to embrace and to encounter the ugly realities that confront us—the racism and sexism and homophobia— and all of these things that are essentially wedded to these infrastructures. They need to be undone, but they can’t be undone until they’re named and located. As you say, we’ve got all these crises that interlock—COVID and white supremacy and climate change. I think it requires being honest about priorities, clear about the cost of everything, and passionate and realistic— not in the sense of lowering expectations or goals, but [in] being honest about all the steps that it takes to get from A to B.

This [Music and the Black Church] Program is situated in that ecology, and it will take a lot of work before it is as developed as programs focused on sacred music in various Euro canonical traditions, because there are decades and centuries worth of head starts [for those programs]. And that’s OK; the competition can’t be productive. Cooperation and a productive operation in these matters will be the only way to make change that can last and can endure.