Yale Divinity School teaches its students that the future of the church is going to look significantly different—significantly more diverse—than the church of the past and present.

Delahunt and the congregation he pastors at First Baptist Church in New Haven are forging a dynamic and multicultural ministry by welcoming a growing number of Congolese refugees into their fold. The congregation, which had been predominantly white, now embraces a burgeoning Congolese presence that is bringing unprecedented change—and life—to First Baptist. 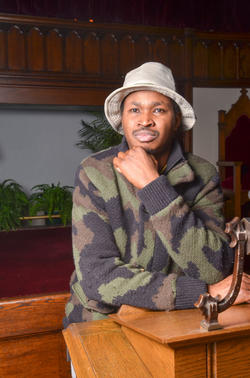 “The first group [of refugees] came as far back as 2013. That was a small group, but crucial,” reflects Delahunt, the congregation’s pastor of nearly nine years. “When I first came here, our Sunday school maybe had three kids. Now our Sunday school has 40 to 50, and not all of them speak English. They’re learning in school. So we have all these kids in Sunday school helping the other kids, translating for the teachers. It’s kind of amazing.” Delahunt estimates the 75 Congolese currently in attendance represent nearly half of the church’s total population.

The pastor attributes the recent influx of refugees to the influence of Joshua Ruzibuka, a fellow First Baptist member who joined the church in 2013 after fleeing the Democratic Republic of Congo with his now-wife, Sandra. Since Ruzibuka’s initial involvement, many Congolese families have established membership in the congregation. “I was looking for a way I could worship and keep my faith,” Ruzibuka said in an article published by IRIS (Integrated Immigrant and Refugee Services). “I was touched by how the pastor preached.”

An ‘international’ ministry in Connecticut 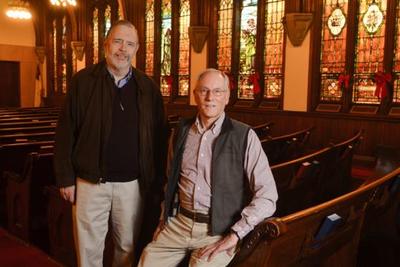 “It might as well have been an [international] ministry,” he says. “In the summer we did cookouts, and most of the people that were around in the summer were students from international cities. They were from all over the place.”

Shaped by those early experiences, Delahunt has introduced profound modifications to First Baptist’s programming and encouraged the incoming members’ native liturgies. The most significant change has required hard work and real-time translation: As Delahunt delivers his English sermons from the pulpit, a bilingual Congolese member—usually Joshua Ruzibuka or Sandra Ruzibuka—simultaneously translates the messages into Swahili. On the occasional morning when Delahunt is away, Ruzibuka steps in to deliver the sermon in English as his wife translates.

Speaking to God in their local language

It is not uncommon for immigrants to attend English-language churches in the U.S., notes John Azumah, Visiting Professor of World Christianity at YDS. But they miss the familiar and deeply appreciate the efforts of American churches to encourage their native liturgies. Throughout the week, Azumah adds, immigrants “are happy to come to work and speak English with you. Great. But on Sunday, no! They want to speak to God in their local language.”

First Baptist has further reinforced a language-sharing liturgy by establishing a Swahili choir at the request of their Congolese members. Named “Upendo” after the Swahili word for love, the choir performs twice a month for the congregation’s Sunday morning services. Nearly a dozen Congolese teenagers oversee the choir, holding weekly rehearsals and composing their own music. Using one guitar and twelve voices, the children sway to the beat of their Swahili refrain. The congregation ends the performance with spirited applause. 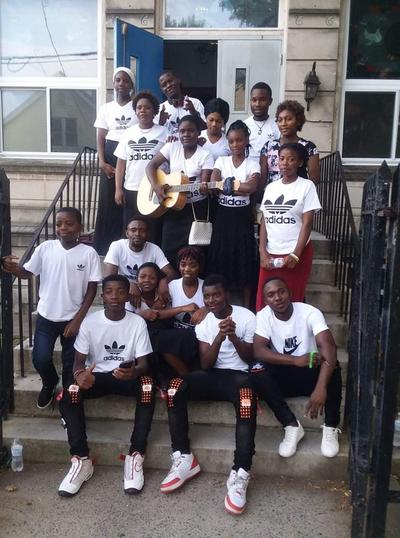 To meet the congregants’ physical needs the church has assembled a “Resettlement Team.” Led by First Baptist member Kingsley Emerson, team members assists their Congolese brethren in adjusting to American society, spending countless hours each week helping the refugees learn the daily tasks of American life such as registering their children in local schools and navigating the American banking system. Refugees are invited to conversational English sessions following the church’s Sunday morning programming.

Delahunt names the Resettlement Team as doubtless the most active and effective ministry within the church. “It’s a huge task for refugees to adapt,” he says. “Honestly, I don’t know how other people do it, because [refugees] get so much cultural assistance from people in our congregation.”

First Baptist’s missional vision is further expressed through the church’s close partnership with IRIS, one of the few agencies receiving refugee families in Connecticut. Congregants of First Baptist often volunteer with the New Haven-based organization, gaining insight on how to properly receive immigrant families into the United States. The church’s Resettlement Team finds the IRIS training programs especially helpful in equipping the group for inclusive and multicultural ministries. IRIS itself helps the church in its resettlement vision, often functioning as a financial sponsor for refugees.

First Baptist “has always been a missionally oriented group, so they really just jumped into [international ministry] with both feet,” Delahunt says. “It’s not like something I’ve had to push. People were ready and willing.”

Moriah Lee ‘20 M.A.R. is interested in the intersection of biblical studies and current theological structures within American evangelical Christianity. She writes as a freelance journalist for Business Insider, with work also appearing in the Chicago Tribune and  New York Daily News.