Climate change anxiety is increasing. So is action. How are people of faith responding?

The new issue of Yale Divinity School’s journal, Reflections, addresses the mounting environmental crisis by featuring insights and arguments from theologians, architects, animal advocates, ministers, writers, and poets. Entitled “Crucified Creation: A Green Faith Rising,” the issue is a summons to move beyond complacency or despair and focus on positive action for the future of the planet. 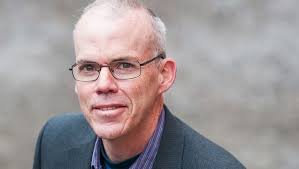 “If ‘normal’ on earth is now disappearing, it’s time for normal in the church to vanish too,” writes Bill McKibben in the lead article, pondering why many congregations have been slow to embrace creation care. “This is the great challenge and emergency of our time on earth, just as the fight against fascism was the great challenge of the 20th century.”

The issue also features an article by renowned architect Jason McLennan of the green building movement. He outlines principles behind the Divinity School’s plan to create a Living Village of dorms and community spaces powered completely by renewable energy and other elements of planetary regeneration. 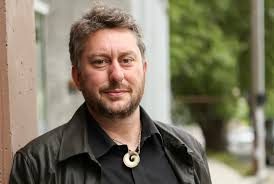 “Yale Divinity School has embraced these ideas as central to a 21st-century eco-theology and taken a position of leadership so that future students who live and learn at YDS are exposed to a new relationship with the planet marked by a stewardship ethic,” writes McLennan, who is helping design the YDS plan. “These students will experience first-hand how it is possible to align values with architecture and inspire change as they go out into the world to lead congregations or pursue other callings and ministries.”

In addition, the issue provides practical ways for local congregations to start a green team to promote energy efficiencies at church as well as environmental advocacy in the broader world.

“It is time that every minister challenge her or his congregation to act,” writes YDS Dean Gregory E. Sterling. “Just as religion played an important role in the civil rights movement, so it must in the environmental crisis. We need to urge local action, action within our power despite the odds.”

Produced twice a year by the Divinity School and edited by longtime religion journalist Ray Waddle, Reflections explores theological dimensions to national issues. The 18,000-circulation magazine is distributed to YDS graduates and some 7,000 other subscribers.