As the Trump administration takes steps to withdraw the United States from the Paris Agreement on climate change, Mary Evelyn Tucker of YDS and the Yale School of Forestry & Environmental Studies makes the case for America to stay in. 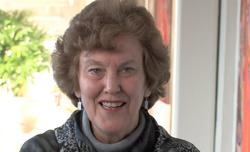 In the new episode of the YDS podcast, Tucker staunchly defends the Paris accord. “The future of the planet depends on many things, including the Paris Agreement,” says Tucker, lecturer and research scholar with joint appointment at YDS and F&ES and, along with her husband, John Grim, co-founder of the Yale Forum on Religion and Ecology.

Listen to the interview with Tucker in the new episode of the YDS Quadcast.

The Trump administration formally notified the United Nations on November 4 that it would withdraw the U.S. from the Paris agreement. Secretary of State Mike Pompeo said the pact would be an “unfair economic burden imposed on American workers, businesses, and taxpayers.”

Tucker refutes that claim. “Our government has insisted that we should withdraw because it’s not good for the economy, which is absolutely false,” Tucker says. “I read recently that the subsidies for oil and gas in this country equal the military budget, which is in the trillions of dollars. If we had put a sliver of that into research and development, we would have solar, wind, hydropower, and so on.” 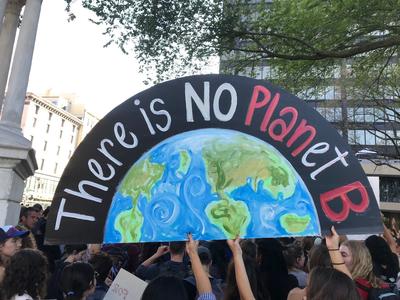 Tucker says the U.S. is out of sync with the rest of the world when it comes to recognizing the science of climate change. She places blame on the think tanks and political operators who have perpetuated the denial of climate change.

Tucker and Grim have dedicated their lives to environmental advocacy, working closely with renowned cultural historian and Catholic priest Thomas Berry for 20 years. Tucker and Grim are co-authors of the recent book Thomas Berry: A Biography.

The couple founded the Forum on Religion and Ecology in 1998 and brought it to Yale in 2006. The international multifaith project explores religious worldviews, texts, and ethics in order to broaden understanding of current environmental concerns. Tucker said both camps initially expressed skepticism at the collaboration.

Tucker said the new generation of environmental academics and activists give her hope that humanity has not missed its chance to address climate change.

“What gives me hope is our students at [Yale’s] Forestry and Divinity schools. These bright, caring, and concerned students are going to make a difference. We are seeing that now with young people all around the world, like Greta Thunberg,” said Tucker.

Tucker sees the work towards a sustainable future as being open to everyone from all religions, beliefs, and backgrounds.

“The spiritual revolution and the ecological revolution,” she says, “are going forward as one.”