Living in Santa Fe, the Rev. Talitha Arnold ’80 M.Div. can gaze at a single desert tree on the New Mexico landscape and find lessons in church history, theology, vocation, Indigenous wisdom, and tough-minded hope for the future, sprinkled with a sense of humor.

As the longtime senior minister of United Church of Santa Fe (UCC), Arnold has learned the value of slow, rooted congregational growth in unpredictable times. Whenever she encounters flashy strategies for exponential membership surges, she looks to the piñon trees out her window. 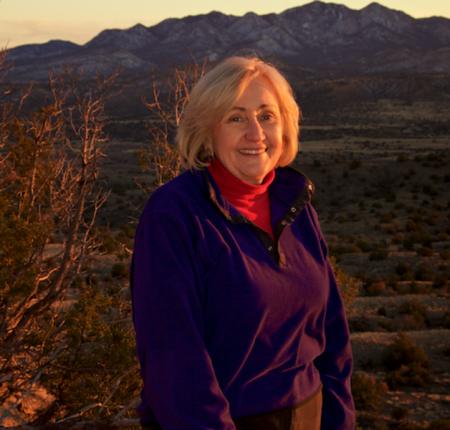 “I learned long ago it’s better to have a piñon theology than a tumbleweed theology,” she said with a smile recently. “Piñon trees grow slowly and don’t get very tall, but they are incredibly durable, managing to put down roots against searing heat and bitter cold, and we have both in these desert places. What I call tumbleweed theology is the idea of announcing a goal of 500 new members in five years. In the Southwest, tumbleweeds grow really fast—when there’s a good rain. But when the rain dries up, they blow away. The things that last in a desert time or place are things that put down roots, and that takes time.”

Lots of churches are in a desert time these days, facing struggles in attendance or cultural relevance. Arnold’s congregation, however, has tripled its numbers since she arrived in 1987. The 300-member congregation, known for its worship and music and singing, embraces a “desert faith” identity. The phrase is used in its mission statement, suggesting alertness to the double meaning of desert as 1) the desolate circumstances of personal struggle or broader political injustice and 2) the original geography of the Bible, a place where divine revelation bloomed and the dream of God’s promises to humanity was born. At United Church, outreach includes work to alleviate poverty, promote creation care, and advocate for justice. Since 1994 her church has honored an LGBTQ “Covenant of Openness and Affirmation” as a welcoming place. Annually the church observes a National Day of Prayer for Faith, Hope, and Life, sponsored by the National Action Alliance for Suicide Prevention, an organization she helped start in 2010—her father died by suicide when she was young.

Arnold’s pragmatic attention to the dynamics of church teaching and individual need and suffering has long shaped her idea of ministry. She grew up going to UCC churches in South Phoenix and Tempe, Ariz., and has always identified with mainline Protestantism. In the 1970s and 80s many such churches turned focus to progressive social issues—sometimes to the neglect of worshipers’ own family struggles, she noticed. Evangelical churches seemed to be doing a better job of identifying family concerns. When she became a minister herself, she insisted on both—a commitment to a social gospel vision and to viable ministries with children, young adults, and families.

“From the mid-60s on, at least in white mainline Protestant churches, people seemed so focused on changing the world and speaking truth to power that we forgot about the fact that people connect with local congregations because they are also trying to figure how to keep the marriage together, how to parent, how to face ethical dilemmas at work.”

Arnold was raised by two science-minded and deeply faithful parents. After her father died, it was her botanist mother who devoutly insisted on the family’s churchgoing habits. As a teenager Talitha cooled on Christianity as a living faith—mental illness in the family was a complicating factor. At Pomona College she studied zoology for a while, thinking she would pursue law school and a public policy career in environmentalism. But a chaplain there—the Rev. Gordon Verplank ’66 B.D.—challenged her to “come out as a Christian” and be an agent of change accordingly.

“I’m not meek, I’m not mild,” she said with another smile. “I like to argue and engage. But Gordon reminded me that being a Christian means having courage, stepping up to the plate to make this world a better place, and I realized I could try to do that. In that period of civil rights and anti-war movements, being a person of faith stood for something. Going to seminary, beginning to claim that faith once again, was the most challenging thing I could think of doing.”

When she arrived at YDS in 1976, she was serious about the ramifications of Christian belief. Nevertheless, she didn’t plan to enter parish ministry. International work, possibly the Peace Corps, still loomed as her vocation.

“One reason I chose seminary was it was a form of graduate education that allowed me to continue to be a generalist. I’ve always tried to make the connections between many diverse fields and disciplines. I like having lots of things to think about. Eventually at YDS I learned that this faith challenges you to be or do more than you thought you could be or do. Parish ministry became a path.”

After earning her YDS degree, Arnold served as the interim Associate University Chaplain for Yale and worked for six years as an associate pastor in Middletown, Conn., where she co-led an effort to resettle more than 100 Cambodia refugees, creating a regional model for resettlement work.

Returning to the Southwest, her adventure in ministerial education continued. She learned much from Navajo/Dine culture, its strong sense of community, a reverential respect for the land, the conviction that people are not isolated individuals but connected in profound ways to each other and to creation.

“Indigenous communities stay connected: you belong to one another, and you belong to the land. The land does not belong to you,” she said. “When I sing ‘He’s Got the Whole World in His Hands,’ it’s a far richer experience because of what Navajo, Hopi, and Pueblo cultures teach and practice.”

In New Mexico she also observed a burgeoning culture of spiritual seekers adopting New Age practices. These were eclectic and individualistic, quite different from UCC heritage, but she saw they were taking seriously people’s deepest religious questions. She drew a lesson for mainline churches: congregations need to make sure they nurture a prayer life, study the sacred texts, and address the human search for the mysteries of God.

“I discovered people are not going to hear the social justice part at church unless they can trust the church and trust you as a pastor,” she said. “You need to meet people where they are.” 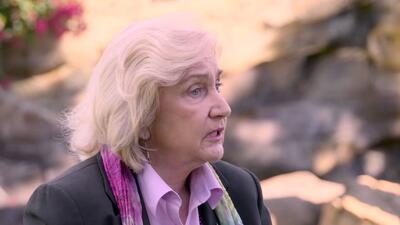 Arnold’s path has never relied on a “specific, heavens-opened-up, hallelujah-chorus kind of conversion or calling experience,” she said. It’s been step by step by step. She never abandoned her generalist sensibility. A calling can be played out an infinite number of ways. As she explained:

“I have a fairly low-church understanding of calling and ordination: the faith calls you to love God, neighbor, and creation. How you figure out what form that should take depends on keeping up a conversation with yourself, with others, and with this mystery we call God. I never thought my work as a parish minister was any more of a calling than my mother’s call to be a research scientist and teacher, my sister’s to be a veterinary surgeon and professor, and my brothers’ to be lawyers. As for parish ministry, a starting place is to have a sense of humor about it—it can be such an odd way of earning a living! It demands such a diversity of engagements. What other job do you know of that requires pastoral care, listening to people’s lives, biblical scholarship, preaching, music, administration, finance, development, social justice?”

That variety is reflected on many fronts. She has been president of Santa Fe Habitat for Humanity, organized local interfaith dialogues, written a column for the Santa Fe New Mexican newspaper, and been honored as UCC Clergy Woman of the Year. During the pandemic, her church faced the historic crisis by creating a Zoom Bible study, a regular packaged dinner for families to pick up and take home, as well as at-home projects for families to stay connected with church and each other.

In a time of anxiety about the integrity of the Christian message in the public square and its relatability to personal life, Arnold turns to the jagged pathways of history. “The Christian church has not always been successful. It started from small things, not big things, whether you go back to the first century or those 17th century separatists who got on the boat and came to this continent. We have to keep perspective: the Protestant church might be in decline in this culture, but elsewhere in the world it’s a force to be reckoned with. We have a lot to learn from the energy of those Christians.”

Ultimately, she said, she takes heart from a gospel message that has provided the frame for her life’s adventure. “Christian faith is worth sharing. It’s worth staking your life on. It’s not the only way to connect with the mystery and power we call God, but it is one way. We can claim a Christianity that’s not nationalistic or white supremacist. Following Jesus’ way, affirming his way of life and love over death and fear is a way that has made sense in my life and in the lives of the people I serve. At some point in life you have to choose a way—otherwise you’re chasing down endless rabbit holes. I’m eternally grateful to the church and to YDS for all the ways they have kept me in faith and in hope.”

Note: Talitha Arnold will speak on environmental issues and the church as the 2022-23 Hoskins Visitor at YDS Feb. 13-15.