From June 27 to 29, more than 100 scholars from around the world gathered at Yale Divinity School for the annual conference of the Yale-Edinburgh Group on World Christianity and the History of Mission. The meeting was co-sponsored by YDS, the Overseas Ministries Study Center, and the Centre for the Study of World Christianity at the University of Edinburgh in Scotland.

The gathering was the 29th meeting of the Yale-Edinburgh Group, which annually alternates venues between New Haven and Edinburgh. The meeting provides opportunities for senior and early-career scholars to present their current research while creating a collegial environment for graduate students, some presenting in an academic setting for the first time. The conference also provides a space for networking as future projects, including publications and conference panels, are sometimes planned during meals and hallway conversations.

The theme of the 2019 conference was “Diversity and Difference in Custom, Belief, and Practice in the History of Missions and World Christianity.” Thirty-nine papers, two plenaries, one book panel, and a documentary film screening comprised the schedule. 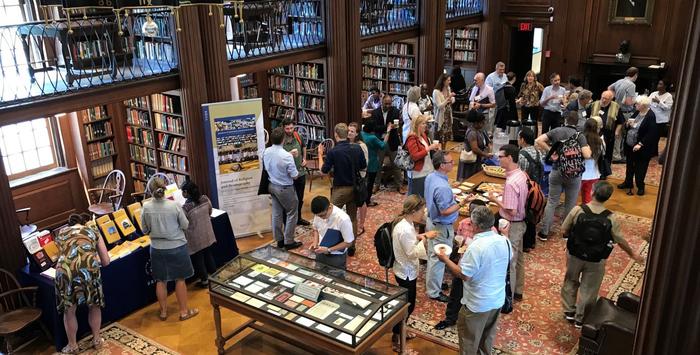 The second plenary, chaired by Divinity Librarian Stephen Crocco, was highlighted by the Day Associates Lecture. Delivered by Joel Carpenter, Professor and Director of the Nagel Institute for the Study of World Christianity at Calvin College, the lecture explored “‘To be Agents of a Life-Giving Transformation:’ Christian Higher Education in Africa.” Giving a formal response was Andrew Walls, Professor Emeritus at the University of Edinburgh and co-founder of the Yale-Edinburgh Group. 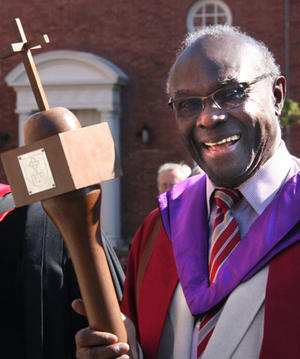 This year’s conference marked the first meeting since the death of Yale-Edinburgh co-founder Lamin Sanneh, D. Willis James Professor of Missions and World Christianity at YDS. Several presenters remembered Dr. Sanneh in their presentations, and his family was present to receive a gift notebook that included personal messages about Sanneh from colleagues and organizations around the world. Martha Smalley of the Divinity Library prepared a pop-up exhibit showcasing several dozen photographs and publications of Dr. Sanneh.In addition, Sanneh’s seminal paper on “Religious Agnostics and Cultural Believers: Contemporary Sounds on the Lost Trails of Christendom” —which he presented at the inaugural Yale-Edinburgh Group meeting in 1992—was discussed during the conference’s book panel.

Christopher Anderson is Special Collection Librarian and Curator of the Day Missions Collections for the Yale Divinity Library. Readers interested in the 2020 conference, which will be held at the University of Edinburgh, are encouraged to contact him at christopher.j.anderson@yale.edu.