Kathryn Tanner, a Yale Divinity School professor whose work connects Christian thought to economic, political, and social issues, has been named to the British Academy, the UK’s premier fellowship of distinguished scholars in the humanities and social sciences. 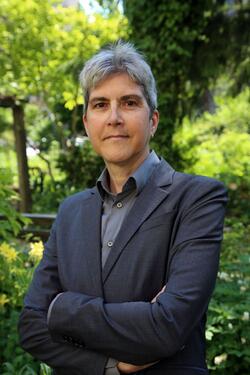 Tanner, Frederick Marquand Professor of Systematic Theology at YDS, is among the newly named fellows announced today by the British Academy.

The holder of a B.A. and Ph.D. from Yale, Tanner joined the YDS faculty in in 2010 after teaching at the University of Chicago Divinity School for 16 years and in Yale’s Department of Religious Studies for 10.

Among other works, Tanner is the author of the acclaimed Christianity and the New Spirit of Capitalism (Yale University Press, 2019), which explores how Christianity can provide a much-needed counter to “finance-dominated” capitalism.

Tanner in 2021 was elected to the American Academy of Arts and Sciences.