Religion and Religions in the History of Missions and World Christianity 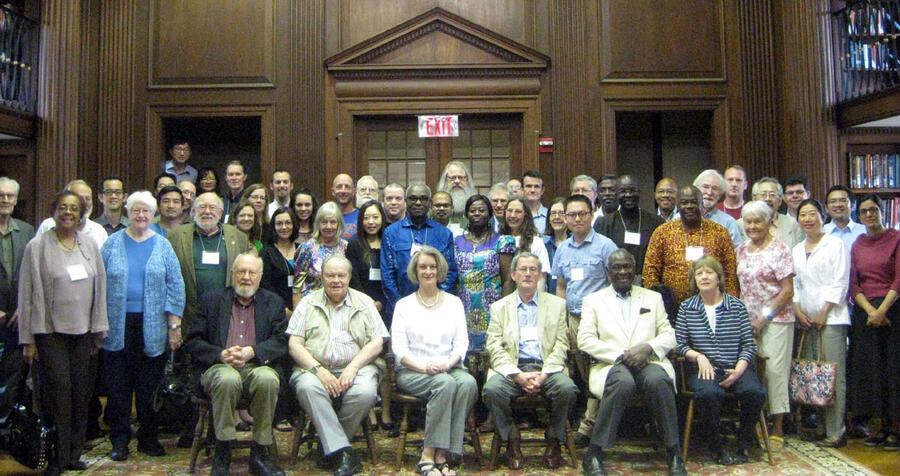 Over the period during which the missionary movement from the West was in progress and World Christianity, as we now know it, was coming into being, conceptions of religion, and especially of “religions” as discrete bodies of belief and practice, changed substantially. Library shelves now groan under the weight of works on “World Religions”; yet the first edition of the Encyclopaedia Britannica has no article on Hinduism or Buddhism. For centuries it was not uncommon in the West to categorize Islam among the “heresies”; (Columbus, for example, speaks of the “sect” of Muhammad.) For a long time, differentiation in religion centred essentially on one issue, recognition of One God, so that the basic classification of believers recognized only Christians, Jews, Muslims, and “Heathen” or “Pagans,” the latter term often coloured by its associations with Greek and Latin literature and the European past.

The missionary movement was itself a major agent of change, both in increasing knowledge and in changing perceptions. The accounts of the early Jesuit missions in China were an important influence on European thought about religion, and played a notable part in eighteenth century intellectual discourse on the subject while the Puritan John Eliot’s lonely mission among the Algonquin, by showing how much indigenous Native American religion clearly could not be of satanic origin but must imply some form of divine revelation, set in train theological issues of another kind. Learned officials of the East India Company, exploring ancient Sanskrit literature as an extension of classical scholarship, set forth from the Ramayana an idyllic picture of a neo-classical India; spokesmen for missions, such as Claudius Buchanan and William Ward, countered from their own observation with pictures of contemporary religion in Bengal containing widow-burning, hook-swinging, violence and sexual exploitation.

A later generation of missionaries in India produced scholarly studies of Indian religious literature stressing its high devotional character, described the work of Indian religious reformers, and developed a theology which postulated Christian fulfilment of Hindu aspirations. Parallel activities in China produced meticulously edited texts and translations of Chinese classical religious and philosophical literature made by missionaries, and raised, as the old Jesuits had done, the issue of an ancient indigenous Chinese monotheism. Karl L. Reichelt, accordingly, argued for early Christian influence on the development of Chinese Buddhism.

Missionaries, in fact, did much to enable the emergence of the new academic disciplines of anthropology (where the academic pioneers often relied on missionaries for their data) and the comparative study of religion. The mighty Max Muller rejoiced in the appointment of the missionary translator James Legge to a chair at Oxford as bringing needed injection of true scholarship into that university; the new-born University of Ibadan in Nigeria had a Department of Religious Studies before any British university had one, its first appointee being a missionary, Geoffrey Parrinder, who had written the only textbook on African religion that could be viable.

The issues arising from the interaction of Christian and other faiths, so important to the cultures and societies of Africa and Asia, were slow to impact theology in the West. The meeting of the International Missionary Council in Tambaram, India, in 1938 forms something of a landmark. It structured its deliberations round the theme “The Christian Message in a Non-Christian World”, with a major text on that theme written by a former missionary, Hendrik Kraemer, and various responses. The debate on the relation of Christianity to other faiths was joined by some notable Asian Christians; and since World War II the issue of the relationship of Christianity to other faiths, and the possibility of a theology of religions, has become a major concern; though contemporary World Christianity often seems unnoticed in the Western debates.

In regions beyond the West, most contact and interaction between Christian and other forms of religion has always taken place outside the academic sphere, and without the participation of those conscious of being theologians. The contacts have been negotiated day by day, both in formal Christian preaching and teaching and practice, and in the innumerable decisions made in daily life by Christians in Africa, Asia, the Americas, and the Pacific. From early days such negotiation has been part of the stuff of Christian life in most of the areas which now form the greater part of the Christian world. It is therefore native to most of the various faith communities that form the special fields of study of most members of the Yale-Edinburgh Group; which is a good reason to expect a particularly rich and illuminating crop of papers from the coming year’s Yale-Edinburgh meeting.

A formal call for papers will be issued in January 2015, with titles and abstracts due by mid-March. Our pattern has been to have each oral presentation limited to 20-25 minutes, followed by discussion. Full papers are welcomed and, if submitted by a deadline determined by the organizers, will be made available on a directory accessible to all participants.