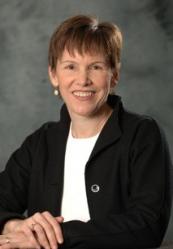 Anne Stanback has spent 30 years working for lesbian, gay, bisexual, and transgender civil rights, including her work as the founding Executive Director of Love Makes a Family, the lead organization that successfully fought for the freedom to marry in Connecticut. In addition, Anne served as the volunteer Co-Director of the Connecticut Coalition for Lesbian and Gay Civil Rights during the passage of the 1991 law that prohibited discrimination in employment, housing, credit, and public accommodations on the basis of sexual orientation. She later worked as part of the Connecticut Equality coalition to add gender identity and expression to the state’s nondiscrimination law.

Prior to her work with Love Makes a Family, Anne was the Executive Director of both the Connecticut Women’s Education and Legal Fund (CWEALF) and the Connecticut affiliate of the National Abortion Rights Action League (CT NARAL).

Currently, Anne serves as the Director of Strategic Partnerships at Equality Federation, working in states around the country to advance equality for lesbian, gay, bisexual, and transgender people.

Anne has received numerous awards for her work on behalf of women and the LGBT community and in 2006 was inducted into the Connecticut Women’s Hall of Fame.

Anne is an active member at Immanuel Congregational Church (UCC) in Hartford. She is a graduate of Davidson College in North Carolina and Yale Divinity School.  She lives in Avon, Connecticut, with her wife, Charlotte Kinlock.