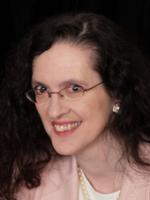 Rita Ferrone is a recognized leader in the U.S. Roman Catholic Church for her pioneering efforts in the area of adult Christian initiation during a time when the reforms of the Second Vatican Council have opened new avenues of ministry for lay people and women. Through her work as a writer, speaker, consultant and workshop facilitator, she has played a vital role in liturgical reform and the challenges of training clergy, parish staff and thousands of non-professional parish ministers.

Ferrone has worked tirelessly on the parish, diocesan, and national levels to promote liturgical renewal and to provide support for adult converts in their reception into local Christian communities. Implementation of the adult catechumenate has been a particular focus of her ministry.

She has visited more than 75 dioceses, inspiring church professionals and volunteers for the ministries of Christian initiation. But her writings have had wide influence on North American Catholics as well. Her most recent book is Liturgy: Sacrosanctum Concilium, in the series Rediscovering Vatican II.

Ferrone also co-authored the 18-volume series, Foundations in Faith, a series of resources aimed at developing parish ministers in the vision and praxis of the Rite of Christian Initiation of Adults. Her book On the Rite of Election was an important contribution to Catholic liturgical celebration.

Ferrone is especially well known for her ability to communicate Catholic doctrines and practices in ways that are clear for audiences ranging from children to adult catechists to professional ministers.

Since 2001, Ferrone has been self-employed as a writer, speaker, consultant and workshop facilitator but remains a team member of the North American Forum on the Catechumenate. Previously, she held a variety of positions including, most recently, director of liturgy at he Cathedral of Saint John the Evangelist in Milwaukee, consultant to the Education Department of the Archdiocese of New York, and diocesan director in the Office of the Catechumenate of the Diocese of Allentown, PA.

She earned her B.A. at Fordham University and lives with her husband, Philip Swoboda, in Mount Vernon, NY.