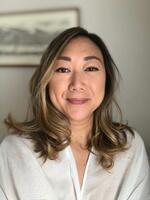 Her forthcoming book, Immigration and Apocalypse: The Revelation of John in the History of American Immigration (Yale University Press), focuses on the use of Revelation in political discourse surrounding American immigration—in conceptions of America as the New Jerusalem and of unwanted immigrants as the filthy, idolatrous horde outside the city walls.