Migration, Exile, and Pilgrimage in the History of Missions and World Christianity 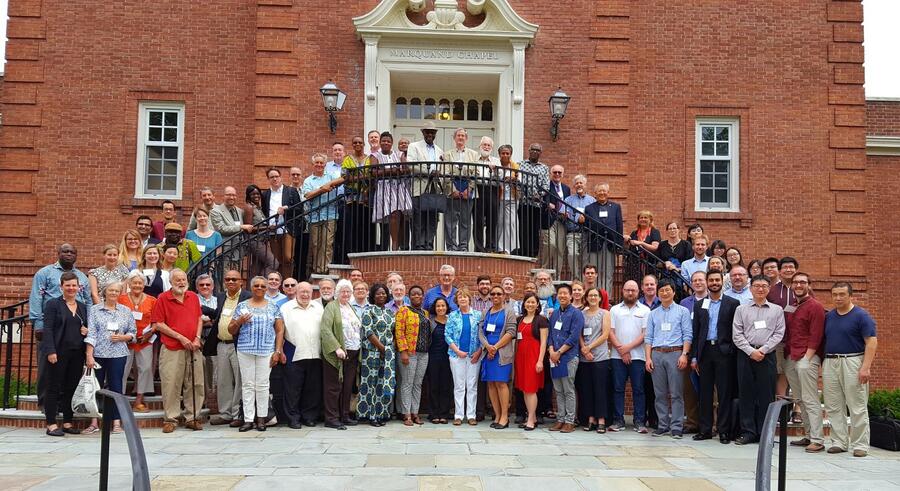 Our theme for 2017 brings together three themes that are deeply rooted in Christian tradition but whose inter-relationship is perhaps insufficiently studied. Migration on a large scale is an inescapable feature of the modern world, and its implications for Christian mission have been the subject of a number of recent conferences and publications. In our conference, however, we are inviting treatment of the theme from the perspective of the history of missions and world Christianity in all periods. The transatlantic slave trade was the largest enforced migration in human history, and its multiple and enduring implications for the growth and texture of Christianity on both sides of the Atlantic still invite further exploration. The nineteenth century saw sizeable flows of European settlers to North America, Australasia, and southern Africa, some of whom saw their relocation in missionary terms, though many more created missionary problems of their own through their estrangement from organized religion and encounters with indigenous peoples. The twentieth century (as is now the twenty-first) was marked by the flight of refugees from civil and global wars, ethnic cleansing, and famine. The way in which mission and ecumenical agencies have responded to such refugee crises has been a crucial stimulus prompting re-evaluation of the nature and goals of Christian mission. Other patterns of mass migration have brought Caribbean, Latin American, Chinese, Korean and African forms of Christianity into northern-hemisphere cities, often inspiring new missionary vision and strategies.

The twin themes of exile and return are central to the narrative of the Hebrew Bible, and Christian experience of exile in the light of the biblical record has been a repeated source of new mission initiatives throughout history. The Moravians, perhaps the most important source and prototype of Protestant missions, discovered their missionary vocation through their own disruptive experience of exile from the Habsburg lands. The theme of 喪eturn’ is never far from the surface of analyses of migration, and we can expect fresh perspectives on such familiar nineteenth-century topics as the mission initiatives in West Africa of Sierra Leone re-captives or the vision of African American Christians to bring the gospel back to Africa. In the twentieth century, exiles from the Russian Revolution of 1917 played a strategic missionary role by disseminating the Orthodox tradition and its spirituality in the West. Christians fleeing from the Middle East have more recently fulfilled a similar role for the Oriental Orthodox churches. Exiles from North Korea to the South were also key actors in the shaping of modern Korean Protestantism and its mission strategies towards the North.

The relationship of pilgrimage and mission for both individuals and communities will also repay scrutiny. Retreats, pilgrimages, and visits to holy sites associated with the saints have been central to mission history, especially in the early Middle Ages. Though the motif is rather less apparent in Protestant tradition, Bunyan’s The Pilgrim’s Progress has played a role in missionary translation and publication second only to the Scriptures. The strand re-emerges in African Initiated Churches, in the form of pilgrimages to a Mount Zion or New Jerusalem such as Kimbangu’s Nkamba. Chinese and Japanese Christianity have produced their own 腺ack to Jerusalem’ movements.

The interdisciplinary nature of our subject this year makes the theme a potentially fruitful line of inquiry for historians, but also for theologians, scholars of religion, and social scientists. We look forward to a richly creative meeting.