As the threat of climate change grows more urgent, Yale Divinity School is showing the world one way to confront it. Through the creation of a regenerative student housing complex, one that gives back to the environment more than it takes, YDS is daring the world to take action for a more flourishing future—and demonstrating it can be done.

The project’s newest donors followed varying motivations and pathways to the Living Village, which will meet its energy and water needs through onsite sunshine and precipitation. But all of them expect the sustainable living-and-learning community to embody their hopes for the future. Philanthropists George and Carol Bauer, John Campbell, the Rev. Dr. Elizabeth (Beth) B. Johnson, and Dr. Dale Knobel give their support along with their high expectations for the undertaking: the largest residential living-building project in the education sector.

Meeting a need for leadership

George Bauer, a retired executive who serves on the YDS Dean’s Advisory Council, and his wife, Carol, a hospital chaplain who trains divinity students, were early donors to the Living Village. The couple recently made a second commitment to fund construction, bringing their total contribution to over $22 million. 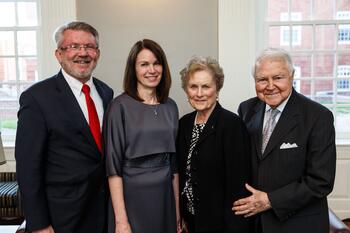 Mr. Bauer says, “Both Carol and I are convinced the greatest need in the twenty-first century is leadership at all levels of our culture. The church is changing, and we know that in change you need leadership thinking. It’s hard to imagine a better place to put one’s resources than where leaders are being developed, especially in the kind of environment like what the Living Village will be.”

In addition to cultivating leadership, the project aims to uphold faith and ecology, relieve student debt, and promote inclusivity and community. The buildings will be constructed from environmentally friendly materials and fully self-sufficient, collecting and refining water and handling waste on-site while producing electricity from sunlight.

A visionary complex of regenerative buildings: Learn more about the Living Village

Mr. Bauer has been deeply engaged with the project since it was initially contemplated. “When we were first telling people about the Living Village, it was hard for people to get their heads around a dorm that would create energy and utilize only rainwater and the sun,” he admits. “Now, many people are on board with it, and Yale University has included the Living Village as part of its forward look at larger climate initiatives.”

Yale has incorporated the Divinity School’s Living Village in its Planetary Solutions initiative, which aims to raise awareness of climate and biodiversity work across Yale and unlock novel solutions to the world’s climate threats. The Living Village is also a featured component of Yale’s new “For Humanity” fundraising campaign.

A chaplain at Norwalk Hospital, Carol Bauer cites a need for the Divinity School’s aspiring spiritual care-providers to interact with each other at a deeper level than what is possible in classrooms. Residing in community in the Living Village, she believes, will provide students with that deeper experience.

“YDS helps develop leaders with a theological understanding not only for congregations and non-profits but also for teaching and law and the professional world,” Mrs. Bauer says. “And now the Divinity School is building an international model for regenerative design in the effort to save the planet. Anything we can do to enhance that experience for students is a step in the right direction.”

Bedrock support: Learn about earlier gifts for the Living Village from Sam and Ann Croll, James Donnell, and Clyde Tuggle and Mary Streett.

The project will ultimately house 155 graduate students. Groundbreaking for Phase One, including housing for just over 50 students, is planned for the winter of 2023. The facility is expected to open in 2024.

John Y. Campbell is the Morton L. and Carole S. Olshan Professor of Economics at Harvard and previously a trustee at Andover Newton Theological School (now Andover Newton Seminary at YDS). He chose to support the Living Village to celebrate Andover Newton’s arrival at YDS and to honor his family’s connections with Yale. 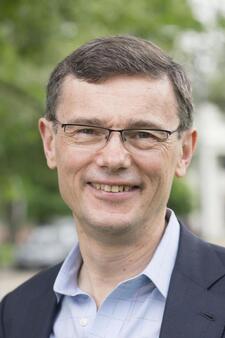 Campbell’s grandfather taught at YDS in the 1920s and ’30s, and his father was born in New Haven during that time. Campbell himself received his Ph.D. in Economics at Yale and met his wife there. He later became involved with Andover Newton through his local church. He says, “I was thrilled when Martin Copenhaver negotiated Andover Newton’s move to Yale. YDS has a very relevant mission, and the world needs people to carry it out.”

“Having witnessed the burden of outdated infrastructure on Andover Newton, combined with a desperate need in the world to create positive and inclusive communities, the Living Village project struck me as a very compelling way to bring graduate students together, and get ahead of the climate challenge,” Campbell says. “Christian traditions have often been about creating spaces that bring together people in worship, life, and work. To have a twenty-first century version of that idea is quite exciting.”

More than just residents, Divinity students inhabiting the Living Village will directly participate in the buildings’ sustainable operations and serve as ambassadors and educators for the complex. The Village will have indoor and outdoor community spaces, including gardens, for student use.

Beth Johnson ’84 M.Div., a member of the Dean’s Advisory Council, believes strongly that the Bible calls on people to care for the Earth. “God provided the Earth to meet all our needs,” she says, “but we are to be stewards of the Earth and must never stop finding solutions to take care of it.” 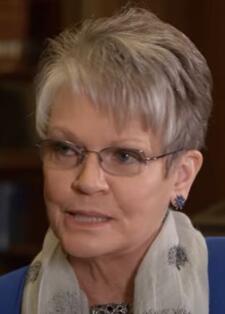 The Rev. Dr. Johnson is ordained in the United Church of Christ and has a Ph.D. in psychology. She has served churches in Arizona, Connecticut, Wisconsin, and Minnesota. Now mostly retired, she works with congregations in Arizona and Vermont.

“When I was at Yale, I loved the spaces where I was completely embraced by the building and all those books and could let my brain go to work, especially in the library at YDS. As I picture myself living in one of the new dorm rooms, it feels energizing,” she says. “The students will be helping the environment while getting a degree, walking between the new and the old architecture on campus. The YDS buildings are unique and beautiful and full of history and Living Village residents will be part of the past and the future. It’s inspiring and uplifting.”

Johnson also believes the project is a daring step for a divinity school. She says, “I would have  expected this from a business school or a science program in ecology. It’s so interesting to me that it’s coming from a faith perspective. It shows how faith-based education can set an example in the environmental world.”

The Village will maximize opportunities for social interaction, with common kitchens and close spacing to engender natural and frequent conversation and communal activity. The interior and exterior spaces are designed to facilitate encounters and conversation between students, as well as faculty, staff, and visitors from across Yale and the community.

Dr. Dale T. Knobel ’71 B.A. knows the importance of community building on a college campus. Dr. Knobel served as President at Ohio’s Denison University and Texas’s Southwestern University and has been deeply involved with philanthropic organizations such as the Arthur Vining Davis Foundations, the Sherman Fairchild Foundation, and the Texas Methodist Foundation. He learned about the Living Village when YDS asked his advice for approaching national foundations and ultimately supported a gift to the Living Village effort through the Sherman Fairchild Foundation. 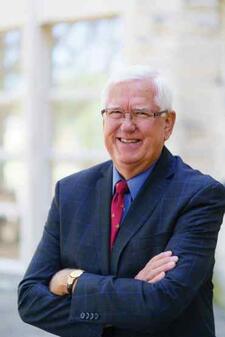 “The Fairchild Foundation board is motivated by environmental sustainability activities, and the Living Village has the promise of making YDS the most advanced and environmentally self-sustaining university or college campus in the country,” Knobel says. “If you organize buildings and spaces correctly you can facilitate the chance meetings of people, which is important on a college campus.”

A Yale College alum, Knobel continues, “Looking back to when I was at Yale, I recognize that the residential college system brought together students and faculty into engaging opportunities. In the Berkeley College dining hall, I would engage with senior professors regularly. It wasn’t until years later I realized I was having interesting conversations with giants in their field.”

The Living Village will capture this spirit with design aimed at maximizing social interactions and community-formation. Common spaces will have sizes and shapes conducive to students coming to know one another. For example,  spaces between buildings will be limited to 100 feet, beyond which facial recognition becomes more difficult.

In January 2022, YDS announced the achievement of a major strategic goal: Beginning next fall, the School will cover all tuition costs for students with demonstrated need. The Living Village will also contribute to students’ financial well-being. By offering below-market rental rates, it will help reduce housing costs—a major factor in student indebtedness.

Greg Sterling, Yale Divinity Dean and Lillian Claus Professor of New Testament, says of the debt issue, “The Living Village is a powerful philanthropic statement by our donors. After all, philanthropy is the love of humankind. What better way to demonstrate this philanthropic love than by offering our students freedom from the burden of debt and by making their education more affordable?”

The theme of philanthropic love for all humanity and all life is also expressed in the design of the Living Village.

The Divinity School’s current campus is modeled after the University of Virginia quadrangle. It is Jeffersonian in its design and aesthetic—a nod to a past that, for all its merits, was not welcoming to all people, Sterling notes.

By contrast, the Living Village will feature a design that looks to the future and creates “a place where all feel and know they belong,” Sterling says.

“We are very grateful to all who are supporting the Living Village,” Sterling says, “and hope our example will encourage other institutions to build sustainably and to teach people about how we can interact with the planet and each other.”

To learn more about the project and giving opportunities, contact Barbara Sabia, Senior Director of Alumni Engagement and Development, at barbara.sabia@yale.edu.

Pressley Peters is an award-winning writer specializing in philanthropy and marketing. She is a graduate of Rhodes College and lives in Dallas, Texas.