Yale Divinity School sent 135 graduates into the next stage of their lives on Monday, into churches, chaplaincies, educational institutions, nonprofits, and other professional homes, as well as Ph.D. and other advanced-degree programs. But wherever they are going, Dean Greg Sterling told them, they will face the same daunting questions:

Who will trust them? How will they earn trust? 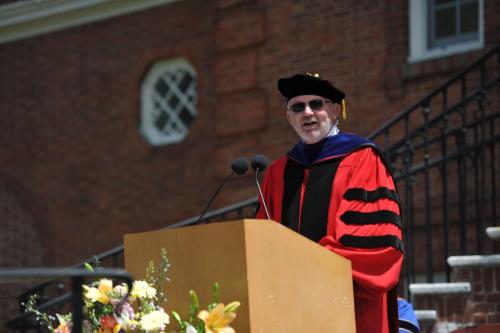 “Rhetoric has replaced reality,” Sterling said. “Ideology has overwhelmed commitment to truth. And clever has occluded wisdom. How do we change this? How can we restore the public trust in the institutions that you will now or within a few years lead?”

Sterling said the beginnings of a robust answer can be found in Psalm 15, which speaks of the imperative to “walk blamelessly, do what is right, and speak the truth from (the) heart.” Global figures such as Pope Francis and the Dalai Lama have modeled this form of leadership, Sterling noted. And although those who emulate them will not lead lives free of difficulty or controversy, it is they who will cultivate trust and help restore trust to public life.

“Commit yourselves,” he challenged, “to tell the truth and only the truth.” 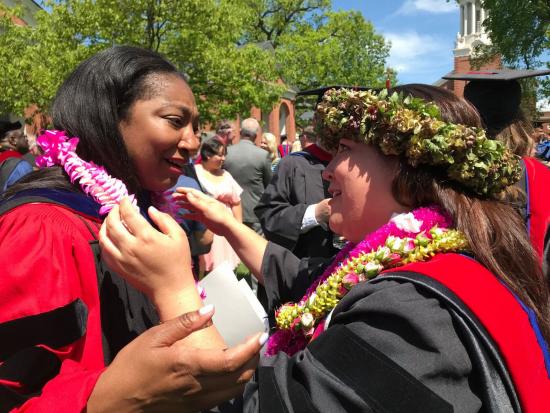 Monday’s graduates range in age from 22 to 63 and represent a dozen countries. Seventy-seven received the degree of Master of Arts in Religion (M.A.R.) degree. Forty-nine earned Master of Divinity (M.Div.) degrees, and nine received Master of Sacred Theology (S.T.M.) degrees.

According to a survey by the YDS administration (which had a 98 percent response rate), 69 percent of Monday’s divinity graduates plan to pursue employment. Of those, half had accepted offers at the time of their being surveyed, with another half weighing competing offers or still looking.

The leading career paths among those graduates include ministry in churches, hospitals, the military, and colleges and schools; teaching at public and private schools; research; university administration and/or teaching; non-profit program work and administration; nursing; policy work; and publishing.

Twenty-nine percent of the graduating students reported they were pursuing further education. The majority of them are entering Ph.D. programs, having been accepted for doctoral studies at 19 different universities in four countries.

Nine for ’18: Meet members of the graduating class

“Who may lead a congregation or parish?” Sterling continued. “Who may lead a not-for-profit? Who may lead a private or public school? Who may lead in the academy? ‘Those who walk blamelessly and do what is right, and speak truth from their heart.’ This is the charge that we give you with your degree.” 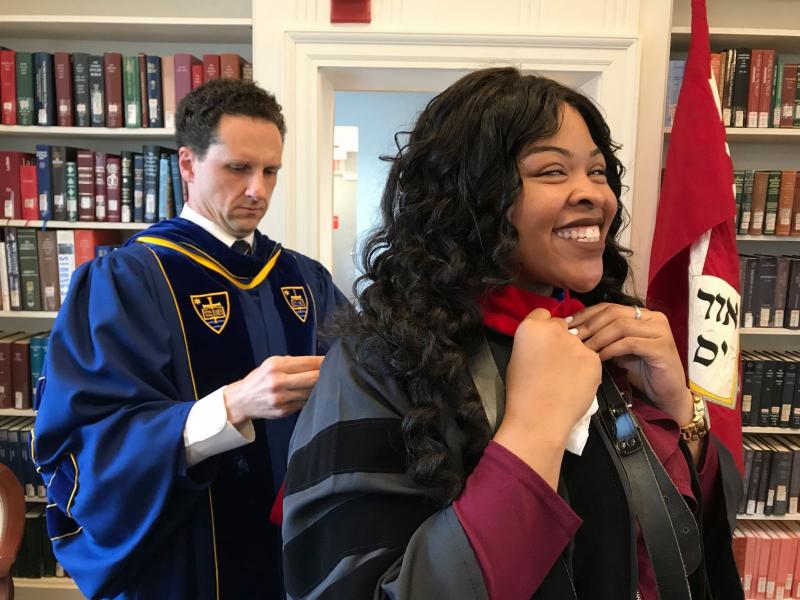