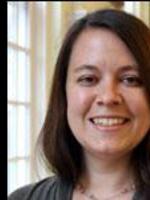 Jessica Lynn Anschutz is originally from Cabot, Arkansas and received a Bachelor’s Degree in Religious Studies from Rhodes College in 2000.  After graduation, Jessica pursued her passion for social justice as Rhodes’ Community Service Coordinator until she enrolled at Yale Divinity School (YDS).  While at YDS, she was actively involved in the Yale Committee for Social Justice, YDS Peacemakers, and the Methodist Society and served as the Community Life Committee (CLC) Co-Coordinator.  As the Child Advocacy Intern at the Capitol Region Conference of Churches, she engaged and empowered faith communities to address the needs of Connecticut’s homeless children.

She has served as the Chair of class agents for Yale Divinity School since 2008 and was elected to the Yale Alumni Fund (YAF) Board of Directors in 2009, and its Executive Committee in 2011. In addition to service to Yale, Jessica serves on the Board of Ordained Ministry for the New York Annual Conference of the United Methodist Church and on the Board of Directors for Alliance Africa, an organization that supports and empowers local, community-based organizations working on sustainable development in Africa.