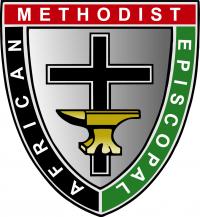 The African Methodist Episcopal (A.M.E.) Church is a Christian denomination that proudly asserts that it is unashamedly Christian and unapologetically Black. It was founded in 1787 when a group of Black worshipers, led by Richard Allen and Absalom Jones, exited St. George’s Methodist Episcopal Church in Philadelphia, Pennsylvania as an act of protest against segregation in the house of God. For a time, Allen and Jones co-led the Free African Society which ministered to the spiritual and social needs of Black Philadelphians. Eventually, Jones was ordained an Episcopal priest and organized St. Thomas’ African Episcopal Church. However, Allen remained committed to Wesleyanism and organized Mother Bethel A.M.E. Church. Its formal organization made it the first independent Black institution in the United States. In 1816, Allen invited delegates from fifteen other Black Methodist churches to Mother Bethel. As a result of this meeting, the churches organized into a denomination known as the African Methodist Episcopal Church, and Allen was elected and consecrated its first bishop. Two-hundred years later, the A.M.E. Church has congregations on five continents and counts 2.5 million congregants. Its theology remains Wesleyan in nature but it also embraces Black Liberation Theology. The A.M.E Church joins with Dr. James Cone (an ordained A.M.E. minister) in declaring that God is on the side of the oppressed. It strives to serve God by preaching Christ crucified and ministering to spiritual and social needs. Its mission statement reads: “The Mission of the AME Church is to minister to the social, spiritual, and physical development of all people.”

The broad mission of the A.M.E. Church means that ministers must be prepared to fulfill a myriad of roles. W.E.B. DuBois writes about the many roles of the preacher in his magnum opus the The Souls of Black Folk. He writes, “The Preacher is the most unique personality developed by the Negro on American soil. A leader, a politician, an orator, a ‘boss,’ an intriguer, an idealist, all these he is, and ever, too, the centre of a group of men.” In preparation for the immense role of the preacher within the Black community, the A.M.E. Church has stressed the importance of an educated clergy since the mid-nineteenth century. Its highest ministerial order is the itinerant elder. Itinerant elders are required to obtain a master’s degree from an accredited seminary and participate in a four-year curriculum administered by regional conferences. The next highest ministerial order is the itinerant deacon. Itinerant deacons are required to obtain a bachelor’s degree from an accredited college or university and participate in a two-year curriculum administered by regional conferences. Itinerant elders are allowed to administer the two sacraments of the church, baptism and the Lord’s Supper, as well officiate at wedding ceremonies and funeral services. Itinerant deacons may assist an elder in administering the sacraments but are empowered to independently officiate weddings and funerals. The terminology itinerant harkens back to the circuit riders of early Methodism who travelled between congregations. In contemporary parlance, itinerant elders and deacons are eligible to receive pastoral appointments.

In addition to the itinerant class of preachers, there is also a local class of preachers. The local class consists of the same orders as the itinerant class. Local elders and local deacons serve the same liturgical functions as their itinerant counterparts. However, local preachers are not eligible to receive pastoral appointments. Therefore, the educational requirements are not as strict. Local preachers are required to obtain a high school level education and must participate in a two to four year curriculum administered by regional conferences.

Students enrolled at Yale Divinity School are usually seeking ordination as itinerant preachers. YDS offers an A.M.E. Church Polity course every two to three years in order to prepare A.M.E. students for ministry. Additionally, classes in Black church history and Black theology are important components of A.M.E. students’ coursework. Outside of coursework, participation in the Yale Black Seminarians and the Yale Methodist Society are important extra-circular activities that supplement spiritual and ministerial formation at YDS. Beyond YDS, A.M.E. students typically make their home at Bethel A.M.E. Church on Goffe Street where there are a myriad of opportunities for mentorship and ministerial preparation. Ministerial formation in the A.M.E. Church relies on mentorships between students and seasoned ministers. Therefore, it is crucial that A.M.E. students at YDS to establish a relationship with Bethel and its pastor.

Anyone interested in ministry in the A.M.E. Church ought to know the words of “A Charge To Keep I Have” by Charles Wesley. It is traditionally sung at the close of an annual conference session during the commissioning service. The hymn inculcates a Wesleyan understanding of the Great Commission and captures the Black Liberationist impulse to “serve the present age.” The hymn reads:

A charge to keep I have,
a God to glorify,
a never-dying soul to save,
and fit it for the sky.

To serve the present age,
my calling to fulfill;
O may it all my powers engage
to do my Master’s will!

Arm me with jealous care,
as in thy sight to live,
and oh, thy servant, Lord,
prepare a strict account to give!

Help me to watch and pray,
and on thyself rely,
assured, if I my trust betray,
I shall forever die.

Now in its third century, African Methodism remains committed to its original charge of spiritual and social salvation. It declares that God still sends servants out into the present age to “bind up the brokenhearted, to proclaim liberty to the captives, and the opening of the prison to them that are bound.” (Isaiah 61:1 KJV)